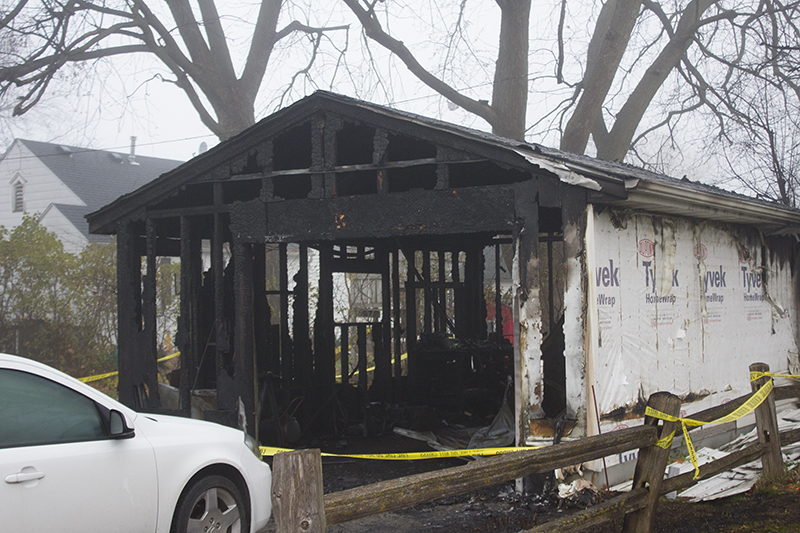 A detached garage was destroyed in a fire Monday at 502 St. Peter Ave. in Albert Lea. Details about the fire were unavailable as of press time. Look to Albertleatribune.com for more as it becomes available. - Sam Wilmes/Albert Lea Tribune

A residential fire Monday in Albert Lea destroyed a garage and damaged siding on the property’s residence. The effects of the fire on the homeowners were lessened, however, due to the help of a neighbor.

A neighbor to the residence at 502 St. Peter Ave. saw the glow of the fire, which began as a brush fire, and alerted a homeowner to it, said Albert Lea Deputy Fire Chief Jeff Laskowske.

The homeowner was reportedly then able to remove a snowblower and two vehicles from the garage.

Online property records list Gary R. and Margaret A. Nelson as the primary taxpayers of the address.

Albert Lea firefighters arrived on scene at about 5:51 p.m. and were able to extinguish the fire in minutes, Laskowske said.

Damage is estimated at $13,000. The cause of the fire has not been determined.

Albert Lea Police Department and Gold Cross Ambulance assisted on scene. Look to the Tribune for more information as it is released.