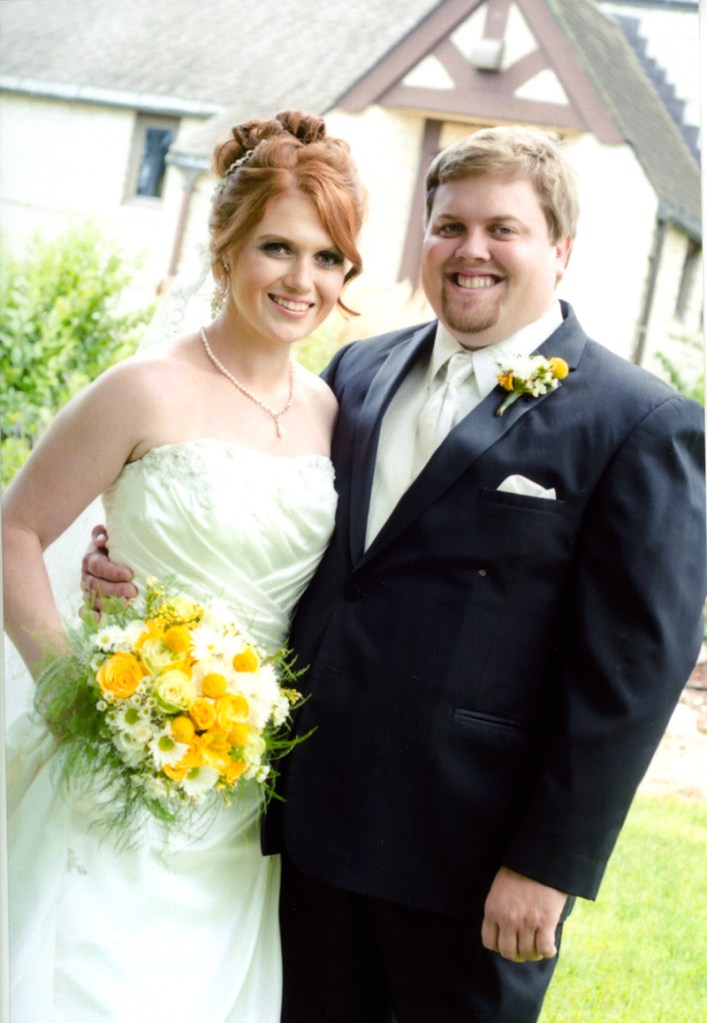 The flowergirl and ring bearer were Naia and Finley Brass, children of Sarah and Jeff Brass of Inver Grove Heights and cousins of the groom.

The musician was Robert Tewes of Albert Lea and Radley Miller of Alden was the soloist.

The reader was John Bauernfeind of Albert Lea, uncle of the groom.

The guestbook attendant was Kyren Gebhart of Gillette, sister of the bride.

Gift attendants were Brent and Diane Morrison of Rosemount, aunt and uncle of the groom. Bailey Morrison, cousin of the groom, was the gift carrier.

The bride is the daughter of Keith and Debra Gebhart of Gillette, Wyoming. She graduated from Sully Buttes High School in Onida in 2008 and South Dakota State University in 2012 with a bachelor’s degree in animal science with a minor in ag business. She is the assistant manager at Cougar Run 1 for Pipestone Systems.

The groom is the son of Gary and Angie Geesman of Alden, and the grandson of Doug and Julie Morrison of Freeborn and Barb Geesman of Albert Lea. He graduated from Alden-Conger High School in 2008 and South Dakota State University in 2012 with a bachelor’s degree in economics, ag business and ag resource economics with a minor in marketing. He is the assistant vice president of Iowa State Bank in Algona, Iowa

The couple took an Alaskan cruise for their honeymoon. They will reside in Algona.