NRHEG falls to K-W, season over 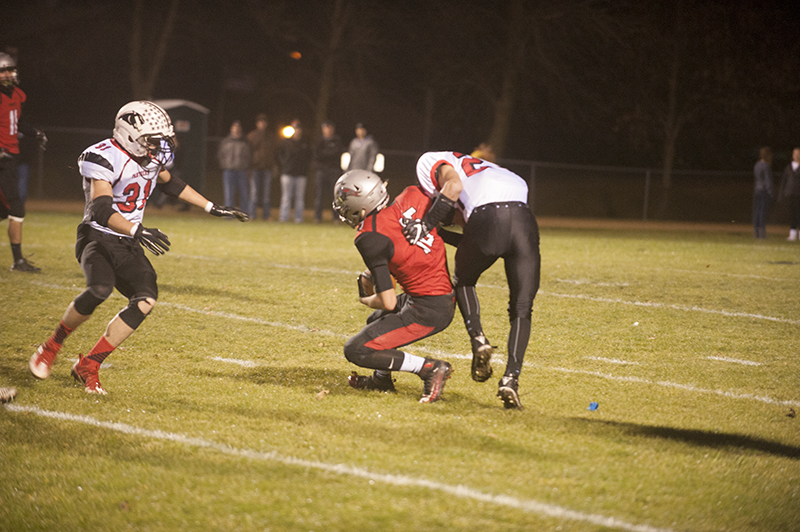 The NRHEG Panthers were trying to advance to the Section 2AA title game for the second consecutive season.

To do that, the Panthers would have to get through Kenyon-Wanamingo, who came into Monday’s game 8-1.

The Knights used two first-half scores to build a 14-0 lead, then added one score in the second half to end the Panthers’ season, 21-12.

The Knights did a great job on offense of moving the ball in the first half, keeping the Panthers explosive offense on the sidelines for the majority of the half.

The Knights converted several third and fourth downs on their way to scoring their two touchdowns.

The first touchdown game on a pass from quarterback Jack Beulke to Tyler Ryan.

The second touchdown game on an extended drive in the second quarter. On fourth down, Beulke found running back Calvin Steberg on a quick slant for a 5-yard touchdown score.

The Panthers battled back in the second half, but couldn’t muster enough points to complete the comeback.

The loss ends the Panthers’ season one game short of the section championship game.

NRHEG finishes the season with a record of 7-3.

Kenyon-Wanamingo will face Maple River in the section championship game.