A time for gathering of friends and family to celebrate Randy’s life will take place from 4 to 7 p.m. Friday at Parker Kohl Funeral Home in Faribault. A reception will follow at Vintage Ballroom, 129 Central Avenue S., Faribault. 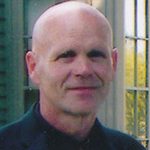 Randy was born July 1, 1961, in Albert Lea, to Nathan “Nick” and Rosemary “Sis” (Converse) Beckjorden. He was united in marriage to Sherry Fitzlaff on Nov. 10, 1979, in Albert Lea. Randy obtained his electrician degree from Albert Lea Technical College and later his journeyman’s license. He worked for Cedar Lake Electric for a short time. In 1997, he joined the International Brotherhood of Electrical Workers and worked mainly with Hunt Electric until his recent retirement. Randy loved motorcycling and his Corvette. He enjoyed vacationing and camping with his family and spending time with his wife, sons and grandchildren. His dogs Gunner and Buddy were his constant companions.

He was preceded in death by his parents, Nick and Sis; and grandparents Myron (Mike) and Levetta Converse and Gerald and Alice Beckjorden.