Small Business of the Year dedicated to area 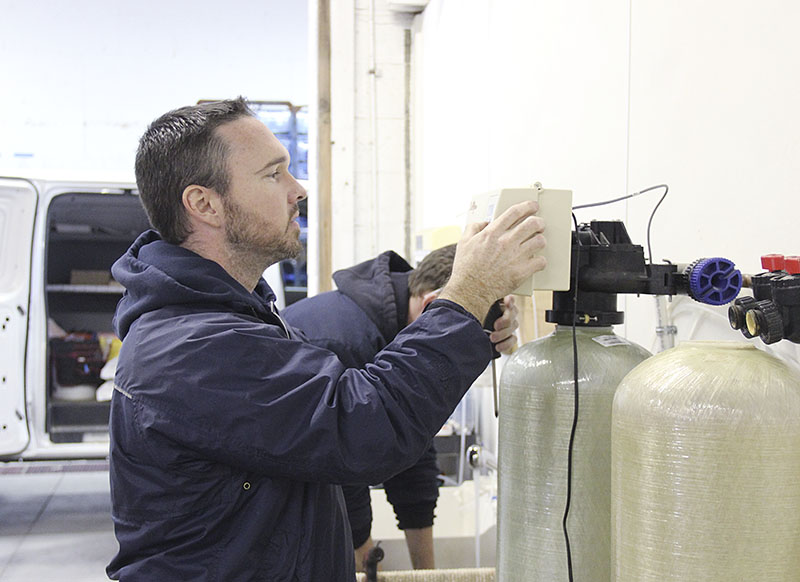 The Albert Lea-Freeborn County Chamber of Commerce’s Small Business of the Year has been a long-standing part of the community.

Culligan, at 1302 E. Main St., is believed to have started locally in the 1950s, according to Kevin Krippner, general manager.

Housed in the former Jensen Electric building since fall 2015, the business was formerly located near Fleet Farm Supply.

Krippner said when the business moved into the current location they conducted some updates to the building, including paint, lighting and signage.

The business employs four full-time employees, plus Krippner and a salesperson who are shared between the company’s locations in Albert Lea and Austin.

The company donates water to many events throughout the year and participates in silent auctions as well.

He estimated it donated to at least 20 events in the last year.

Krippner said in the next five to 10 years, he hopes the business can continue to grow.

The Albert Lea Culligan is limited to selling in Freeborn County.

“We know our water is a quality product,” he said.

Krippner said the business’s water systems incorporate reverse osmosis, which involves a four-stage filtration. The process includes a sediment removal and a carbon filter, among other steps.

He said he was pleased to find out the business won the designation by the Chamber of Commerce at the annual banquet last month.