Tom H. Donovan, 90, died peacefully in his home Thursday, Nov. 24, 2016, in Hartland. Funeral services for Tom will be at 10:30 Saturday at All Saints Catholic Church in New Richland.

The Rev. Michael Cronin will officiate. Interment will be at St. Theodore Catholic Cemetery in Albert Lea after the service. There will be a review from 4 to 7:30 p.m. Friday with a prayer service and rosary beginning at 7 p.m. 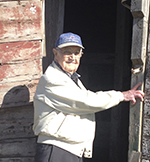 Tom was born July 18, 1926, to parents Thomas and Mary (Nolan) Donovan. He attended school in Hartland and graduated from Freeborn High School. He was in the Army from 1945 to 1946. He shipped out to Manilla the day the war ended. He worked in the general headquarters as a clerk. He was also stationed in Tokyo and Yokohama.

He married the love of his life, Marguerite Bergen, on June 28, 1958, at St. Theodore’s in Albert Lea. After a brief time working at a bank in Minneapolis after the war, he realized big city work was not for him.

He returned to Hartland and farmed for 10 years, worked at Cargill in Hartland for six years and spent the rest of his career at the Richland Co-op. in New Richland — first in sales, then as the general manager.

He was a member of All Saints Church in New Richland, the American Legion club in New Richland and the Veterans of Foreign Wars club in Waseca. He was a former member of the Dominic Club in Albert Lea, which was a group for single Catholics. It is where he met Marguerite and many other lifelong friends.

In lieu of flowers, his family would like it if people would make a donation to FOCUS, an organization that ministers to the Catholic faith to college students — memo: Alison Anderson 44786, mail to PO Box 18710, Golden, CO 80402-9809; or to Mayo Clinic Health System Hospice. This group was wonderful in taking care of all of him and his family in the last month. Mail to 1705 SE Broadway, Albert Lea, MN 56007.