A specialist in barnwood creations 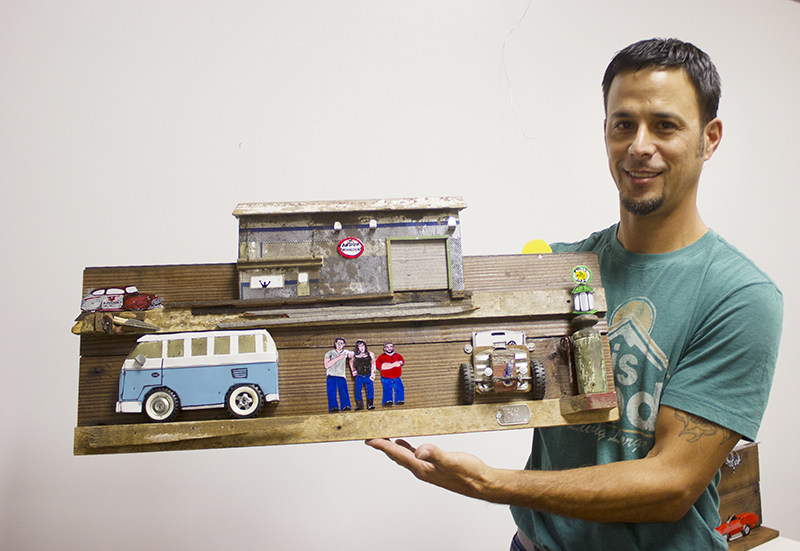 The work of an up-and-coming Albert Lea artist will be on display this month.

An open house for the work of Shane Taylor will be from 1 to 3 p.m. Sunday at The Albert Lea Art Center. The exhibit lasts from 10 a.m. to 2 p.m. Tuesdays through Saturdays through Jan. 7.

Taylor  — who operates Davinci’s Skillsaw, which specializes in barnwood creations — will show about 20 pieces, some of which have been commissioned for people. Custom pieces showing wildlife, businesses and other passions will be featured.

Taylor — who has lived in Albert Lea since 1998 — has been creating barnyard art for the last 2 1/2 months.

“It all kind of started … I was doing a little bit of barnwood furniture,” he said, adding that he would have leftover wood from the furniture. 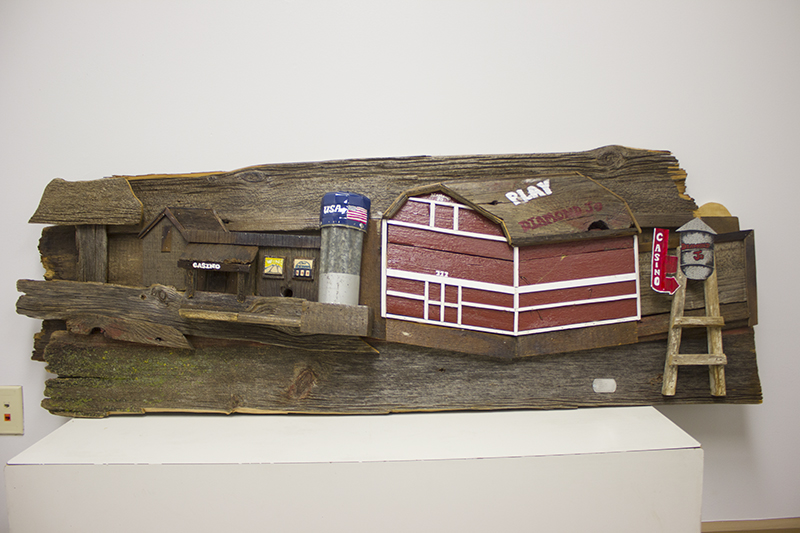 “I didn’t know what to do with them,” Taylor said. “I made a few birds, a pheasant, a duck. That was pretty simple. I started posting pictures on Facebook.”

Taylor then received requests for wood pieces, such as one showing a salmon swimming upstream and a man in a treestand shooting a deer.

Taylor said of the 75 pieces he has made, about 35 have sold.

“I don’t really consider myself an artist quite yet, because I am fairly new to it, but I guess if you look at that, then sure, I am an artist,” he said. “But it was never something I set out to do, at all.”

Taylor said he enjoys seeing the joy his work brings.

“I don’t think anyone wants to be an artist for the money … It is nice when somebody asks you to do something and you create it,” he said. “It’s not a painting; it’s something different. And then when you see the look on their face when they emotionally attach to it and realize that this is something that is pretty cool  — it is a good feeling. It really is.”

He emphasized that his work is original.

Taylor graduated in Texas in 1992, but he said he has found a home in Albert Lea, where he lives with his wife, Wende, and their three children.

Taylor’s work has been shown at a holiday market at The Marketing Plant, and he has pieces at Midwest Antiques. This is his first exhibit at an art center.

“Artwork is subjective … with my stuff, to some degree you don’t get that,” he said. “‘Cause I do realism, which is like, look at a picture, somebody give me an idea and I draw it.”

Taylor said he wants people who view his art to see it as unique.

“I saw something that I have never seen that dealt with art, and most people assume when you think of art that it is a painting or a photograph,: he said. “It is just a way somebody can express what you see.”

Taylor said his favorite part of being an artist is when a piece is finished.

“The satisfaction of looking at it and knowing that I did the best I could,” he said. “And if it’s not perfect, I am the only one that is going to know that. Any other people that are going to look at it, they won’t have any idea whether or not it is perfect. Some people will just look at it and say it’s the coolest thing I have ever seen.”

He said he has shed blood while working on pieces.

“It’s all for the artwork,” Taylor said.

What: open house for artwork of Shane Taylor

Where: The Albert Lea Art Center