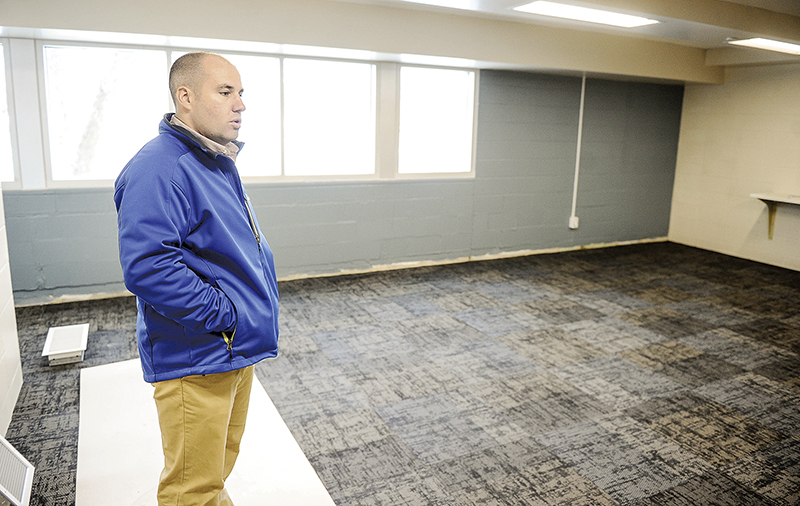 Matt Miller talks about the progress being made at the Corcoran Center in one of the nearly completed rooms. - Eric Johnson/Albert Lea Tribune

AUSTIN — The $3.8 million renovation of the former Corcoran Center into the new Austin-Albert Lea Special Education Cooperative is almost complete.

The former Catholic school was used for a variety of purposes when the two districts earlier this year purchased the property at 2000 Oakland Ave. W. in Austin. When students return to school after Christmas break, new classrooms will be ready for them.

As of a week ago, the center’s casework was being installed and other finish work completed. Work was also being completed on the gymnasium and the front entrances, which will separate older and younger students as they enter the building, said Matt Miller, director of facility services for the Austin School District. 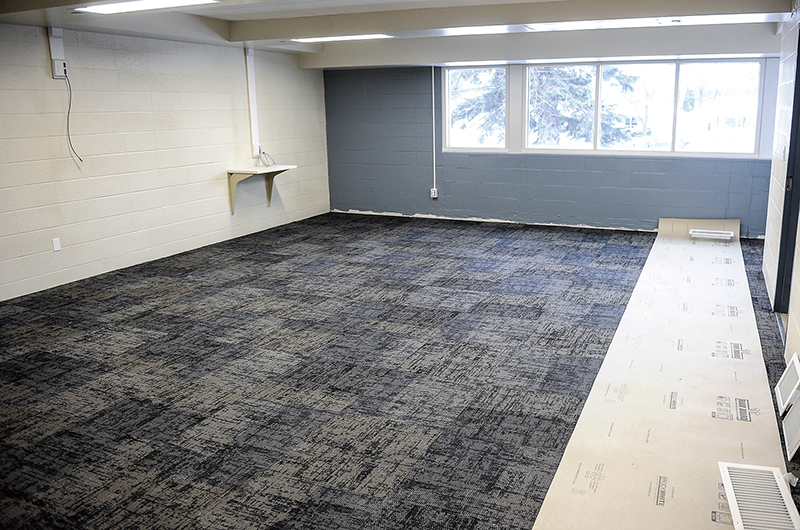 One of the rooms that are nearly ready at the Corcoran Center. – Eric Johnson/Albert Lea Tribune

The structure is divided into two wings: one will have nine classrooms for EBD (emotional behavioral disorder) students. The other will host three SUN (students with unique needs) classrooms.

Offices, a gymnasium and bathrooms have all been reconstructed as part of the project, Miller said.

A cafeteria and kitchen has also been designed to be used in a life skills course for some students.

Calming rooms — also called focus or sensory rooms — are part of the school and are equipped to soothe a student who might become agitated.

The aim of the project is to specifically address the special needs of the students, some of which are severe. This year, the students have continued to attend their assigned schools, or had classes in the Annex.

The partnership was forged earlier this year and hired Wagner Construction of Austin to serve as general contractor.

“The entire project came to fruition rather quickly,” Miller said, adding that the cooperative level was high.

Miller added the project to date has come under budget.