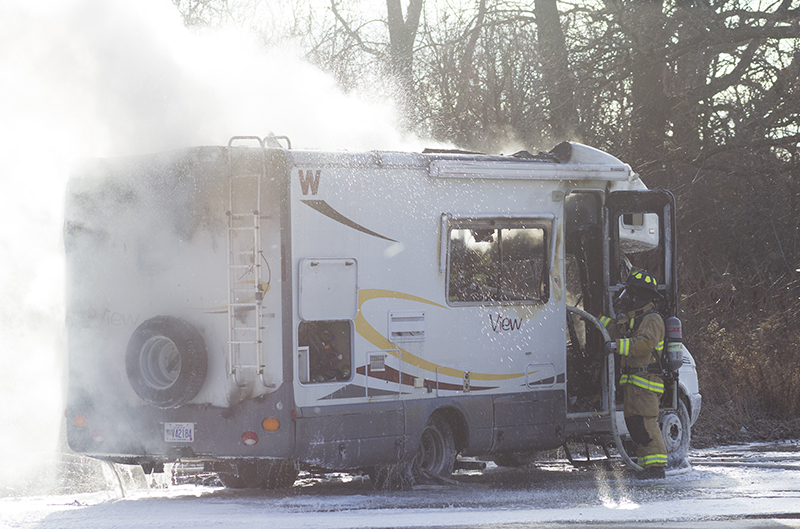 An Albert Lea firefighter attemps to put out a fire in a mini-camper engulfed in flames Tuesday near Slumberland Furniture. - Sam Wilmes/Albert Lea Tribune

A camper was deemed a total loss from a fire Tuesday morning in Albert Lea.

Albert Lea firefighters were dispatched shortly after 9 a.m. to 2708 Bridge Ave. behind Slumberland Furniture and were successful in extinguishing the camper owned by Peter Duguay of New Hampshire.

The combat veteran was traveling home from protests of a planned pipeline in North Dakota with two other people after issues with the camper were found.

Duguay said the camper was going to be fixed at a repair shop before it erupted into flames.

“I fought in Iraq, and I just didn’t like the way they were being treated,” Duguay said of the protestors.

No one was inside the camper when the fire began, and no injuries were reported from the blaze. The fire began on the inside of the camper, said Deputy Fire Chief Jeff Laskowske.

The cause of the fire has not been determined.