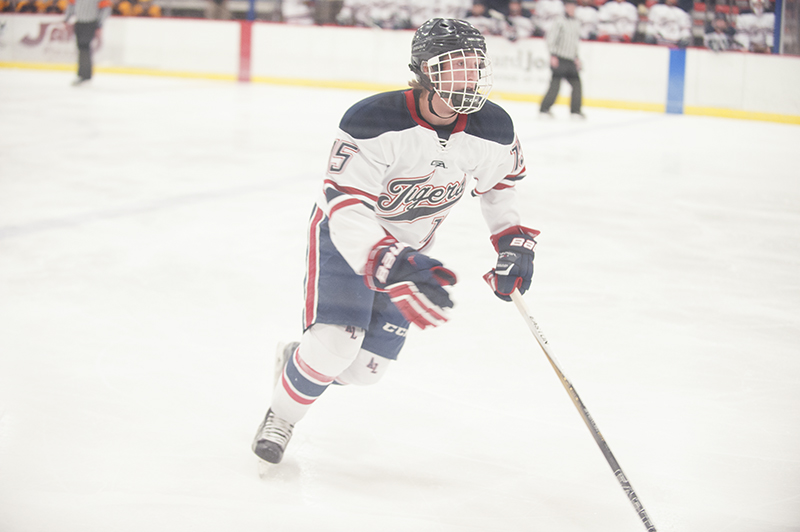 No game is ever easy.

However, the Albert Lea boys’ hockey team sure made it look easy Thursday afternoon against the Winona Winhawks.

The Tigers scored eight times in the first period on their way to a 12-2 win.

Perhaps there was still some frustration left over from a 4-3 loss to Northfield a couple of days before Christmas for Albert Lea.

A little more than a minute into the game, Sam Chalmers lit the lamp with a goal. He would be one of six Tigers to score in the first period. Austin Dulitz, Mitchell Evans, Dawson Luttrell, Bergan Lundak and Noah Karge all scored in the opening period.

Dulitz scored a power-play goal in the period, and it was the third power-play for the Tigers in the last two games.

Goaltender Jaxon Heilman didn’t face as much pressure as the Albert Lea defense allowed only 14 shots on the night, with him making 12 saves.

The Tigers scored on 42 percent of their shots in the first period and 26.6 percent for the game.