‘I love to help others’ 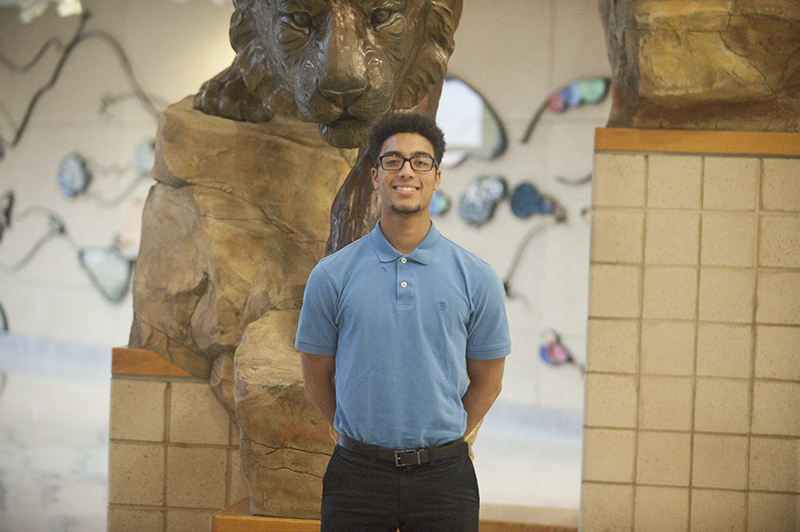 Josh Forde is an interesting man, who is filled with energy.

The Albert Lea High School senior loves sports, but isn’t the flashiest player on the field or court. While he enjoys playing football and basketball, Forde has realized a passion for something else — giving back to his community and helping others.

“I love to help others and volunteer my time,” Forde said. “It gives me a lot of joy to put a smile on someone else’s face.”

Forde developed his kindness and devotion for others from his family. His father, Sean, is a new pastor at First Lutheran Church, but it was his brother who turned him on to helping others.

“My brother, Aaron, started a Kiwanis Club at our high school in Florida when I was a freshman,” Forde said. “I didn’t think much of it when he started the club, but two years later I became the president of it and I really enjoyed it.”

While in Florida, Forde said he accumulated well over 600 service hours and helped do things as small as making dog toys to things as big as working security at concerts in stadium venues.

“It was a lot of fun for me,” Forde said. “I met a lot of people and enjoyed my time doing it. I think it helped me grow up.”

Forde also served as a mentor to children with disabilities in a program called Soccer Association of Boca Raton.

“It would be for a couple of months out of the year, mainly January through February, and it would be for about four hours each Saturday,” Forde said. “We would help kids with mental disabilities, mostly. My neighbor asked me to go one Saturday and I kind of fell in love with it. It was a great time. I would say it was my favorite act of volunteering.”

As a child, Forde and his family moved around Florida quite a bit, but he is no stranger to the bitter cold of Minnesota. He lived in Anoka from the age of 2 until he was 5, before moving to Florida. He has spent most of his time living in Boca Raton, but also moved around the state a bit for his dad’s schooling.

All of that moving helped him adjust quickly to Albert Lea.

“You kind of grow immune to it after a bit,” Forde said. “Moving here hasn’t been difficult. The people have kind and friendly, and I met a lot of friends through football this fall.”

While his dad is a pastor, Forde said religion has played multiple roles in his life, including from a social aspect.

“Growing up, I learned how to socialize with adults and how to hold a conversation,” Forde said. “It has really helped me grow as a person. Also, if I am every struggling, religion has taught me to rely on my faith. It has served as a dual-purpose.”

Forde said English is his favorite class and that he enjoys writing. He holds a grade point average of 3.87 and is part of the National Honor Society. He said he hopes to return to Florida for college. He has a few areas in which he would like to study, but isn’t quite sold on anything.

But he does know one thing.

When he finds out what he wants, he will do it to the fullest.

“I just want to be passionate about what I do,” Forde said.

Interesting fact: he is left-handed