Northwood-Kensett falters in 2nd half, falls to Rockford 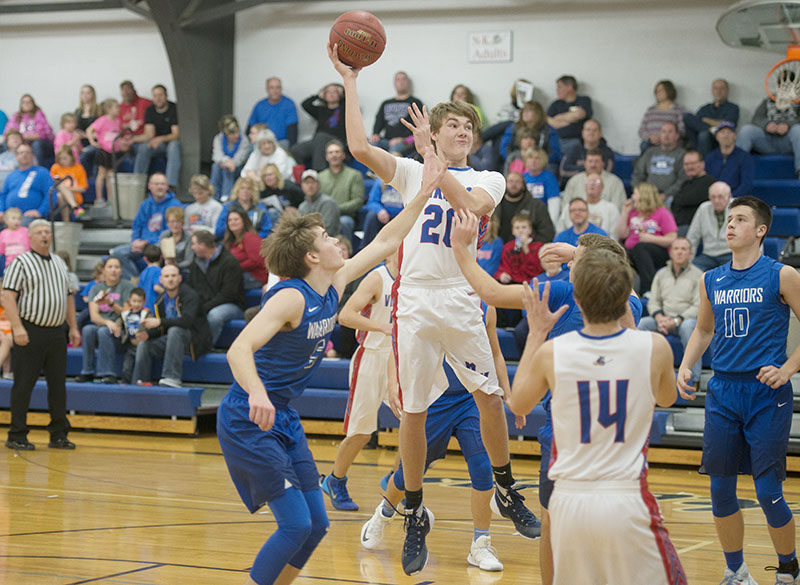 Northwood-Kensett's Kole Parks goes up for a shot during Friday's game against Rockford in Northwood. Colleen Harrison/Albert Lea Tribune

NORTHWOOD — Despite a valiant effort Friday night, the Vikings are still searching for their first win of the season.

The Vikings started out with a 12-6 lead at the end of the first quarter, thanks to strong defense and the ability to force the Warriors to turnover the ball.

The second quarter is when things started to pull away from Northwood-Kensett, though, as missed shots followed by a lack of rebounding let Rockford outscore Northwood 18-10 in the quarter, with Rockford leading 24-22 at halftime.

Rockford extended its lead in the third by outscoring the Vikings 19-10, before a close 15-14 fourth quarter kept the Warriors ahead to take the game.

Northwood-Kensett’s starters were responsible for almost all of the Vikings’ points, with Josh Jaspers and Tom Fick leading the offense with 14 and 11 points, respectively. Fick also contributed eight rebounds for the Vikings.

Next, Northwood-Kensett will continue the search for its first win of the season when it travels to Riceville on Tuesday.