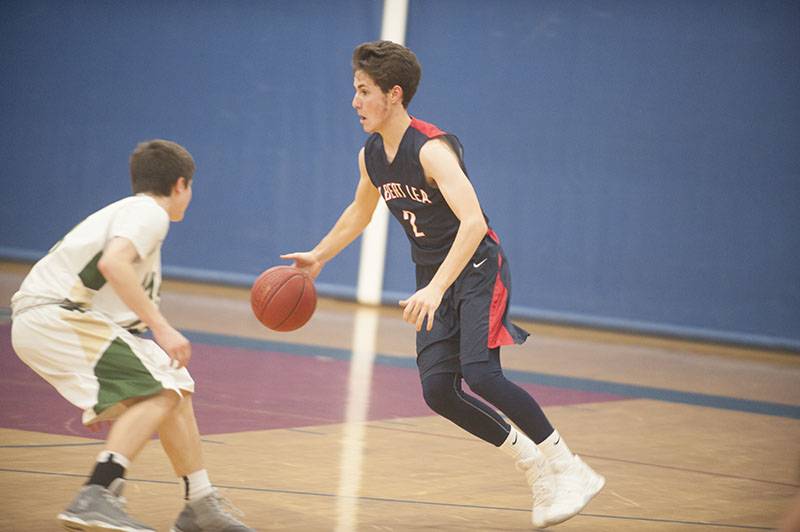 Albert Lea guard Jacob Bordewick brings the ball up against some pressure applied by Rochester Mayo in the first half Tuesday night. Jarrod Peterson/Albert Lea Tribune

The Albert Lea boys’ basketball team was searching for its first victory of the season, but faced a stiff test Tuesday night against Rochester Mayo.

The Tigers fell behind early, but made a couple of runs late in the first half, but it wasn’t nearly enough to overcome the Spartans, losing by a score of 80-49.

The Tigers fell behind in the first half, and it didn’t take long. Albert Lea trailed Rochester Mayo, 23-5 just seven minutes into the game. 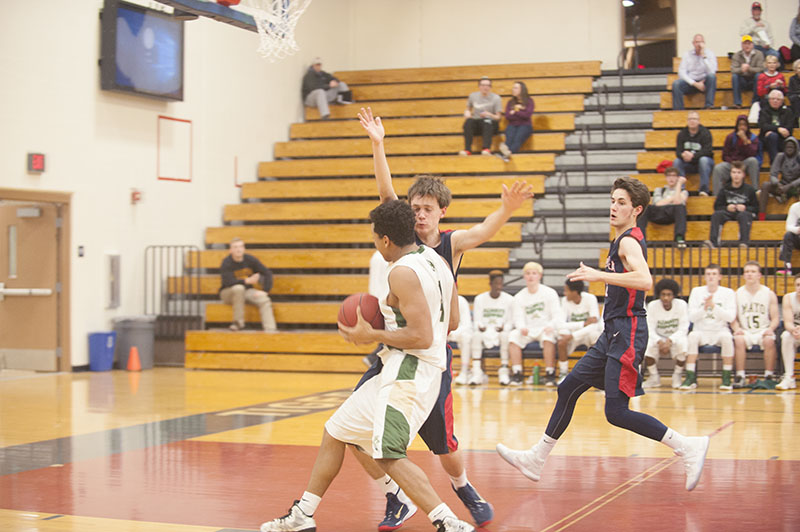 Albert Lea’s Sean Brownlow tries to get in front of Rochester Mayo’s Malik Franklin during a fastbreak in the second half. Brownlow was called for a foul on the play.

But the Tigers didn’t give up and put together some runs to get back into the game. Sean Brownlow put his hustle to good use, knocking down a three-pointer and making a layup to score five straight points to force a Spartan timeout.

The Tigers whittled the lead down to 13 points when Jacob Bordewick threw a nice pass to Jack Buendorf on the move for a layup. The Spartans responded with a 10-4 run before Albert Lea ended the half on a 6-0 run — a three-point play by Buendorf and a three-pointer by Josh Forde.

That momentum quickly vanished in the second half, as the Tigers had three early turnovers and didn’t score for the first three minutes of the half.

Rochester Mayo spent most of the half growing its lead.

Albert Lea will continue to search for its first win when it plays Thursday in Stewartville.