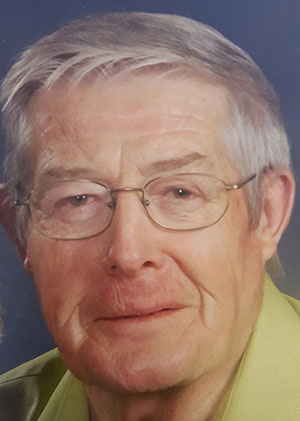 Virgil enjoyed spending time with his family.  He loved playing cards. He had a love for animals, especially horses.  He enjoyed giving buggy rides to his grandchildren. One of his biggest joys was playing “cowboys” with his grandchildren.

He is survived by his wife, Janet; their son, Loring, and his wife, Molly (Crawford);  three grandchildren,  Tanner, Payton and MaKenna Neumann, all of Owatonna; sister, Alice Sutlief  of Owatonna; sister-in-law, Dorothy Neumann of Waseca; brother and sister-in-law Gene and Audrey Larson of Ellendale; many nieces and nephews; and one son, Neil Neumann, from a previous marriage.

A visitation will be at Pontoppidan Lutheran Church one hour prior to the service. Funeral services will be at 11 a.m. Wednesday at the church.