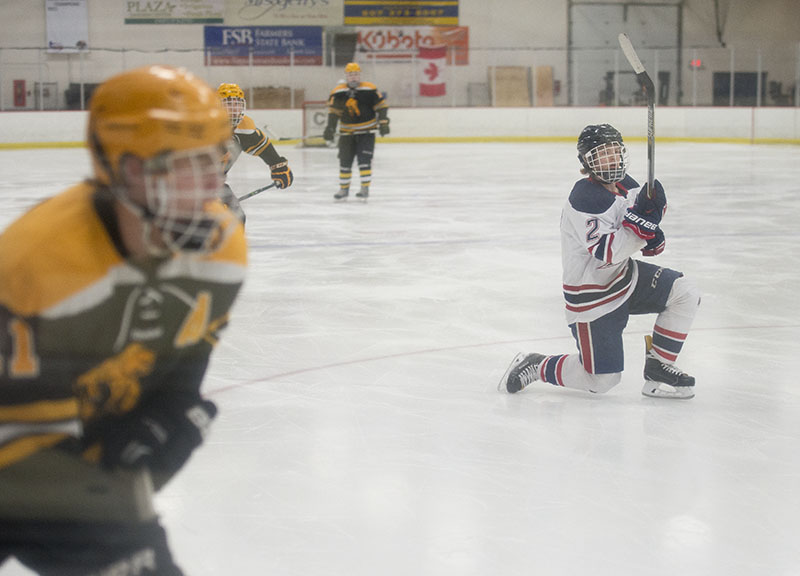 Albert Lea managed to keep pace with Eveleth-Gilbert for two periods, but a dominant third period for the Golden Bears doomed the Tigers Friday night.

The two teams kept up with each other through the first period, with each scoring a goal. Eveleth-Gilbert scored first, followed by Albert Lea’s Michael Savelkoul getting the Tigers on the board with a power-play goal assisted by Sam Chalmers and Austin Dulitz.

The Golden Bears scored first in the second period, as well, but the Tigers answered with two goals of their own. Chalmers scored with an assist from Dulitz and Savelkoul, and then Dulitz scored with an assist once again from Savelkoul. The Tigers finished the second period ahead of the Golden Bears 3-2, but that would be their last lead of the night.

Albert Lea outshot Eveleth-Gilbert 61 to 35, and were 1-6 on power-play opportunities with Eveleth-Gilbert being 1-5. Ben Witham was in the net for the Tigers, and had 28 saves on 35 attempts.

Albert Lea is now 5-5 on the season and 4-4 in the Big Nine Conference. It was set to host Hibbing-Chisholm at 1 p.m. Saturday at Albert Lea City Arena. Those results will be in the Monday Tribune.