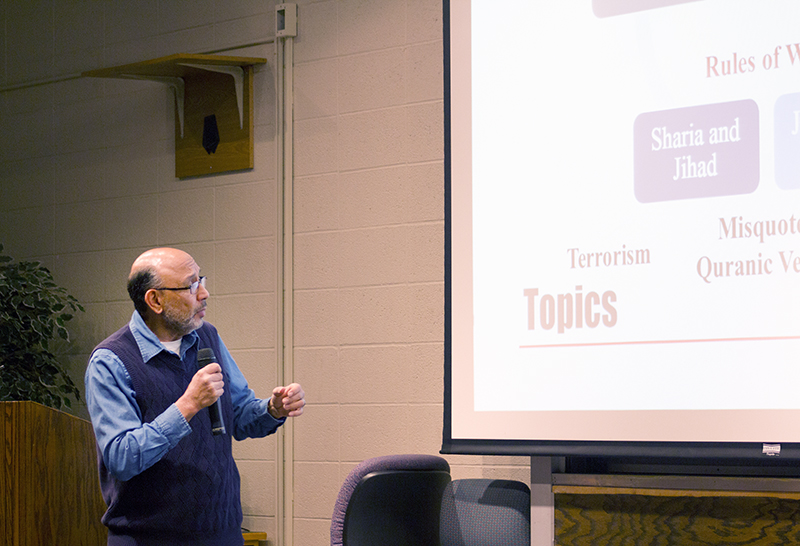 Justice and peace were at the forefront of the 29th annual Martin Luther King Jr. celebration Monday at Riverland Community College.

Houri discussed his background growing up in Lebanon before moving to Germany in 1975 at the beginning of the Lebanese Civil War.

He said interfaith dialogue is a step to building camaraderie among different groups. 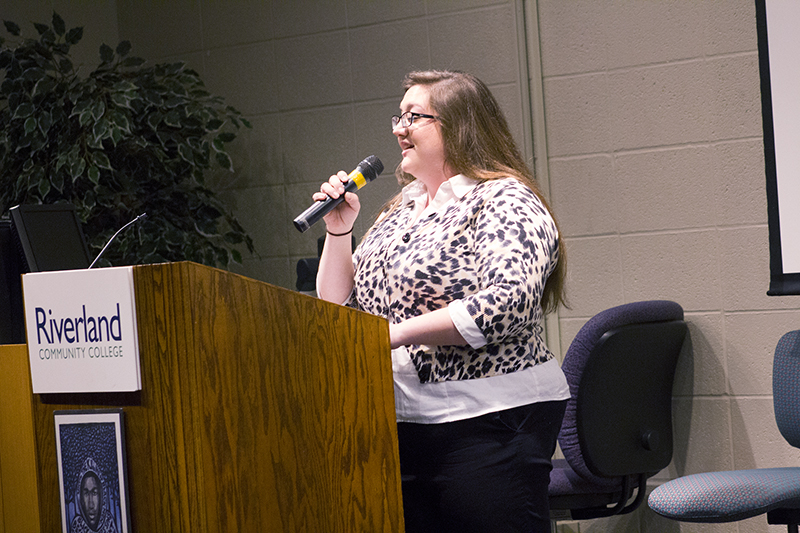 Houri said there are misconceptions about Sharia law, and he said he has never heard that mentioned as a possibility by a group of Muslims in the United States.

“It’s all of these other people that are trying to spread hate and fear that say, ‘look, the Muslims are coming and want to impose Sharia on you,’ That’s what we hear a lot.”

Houri said Sharia law includes ethics and the principles of the religion — safeguarding faith, life, mind, family and property. He spoke against the use of the words “holy wars” by the Islamic State as not a part of Islam.

Cassi Schreiber performed a Finlandia “Song of Peace” as a solo and “Let There be Peace on Earth,” with the audience as the closing song.

“We know that diversity is going to be a part of all communities in the future, and those communities that embrace that diversity are going to move forward for everybody,” he said. “I think it is important that we all look at these as opportunities, not as roadblocks.”