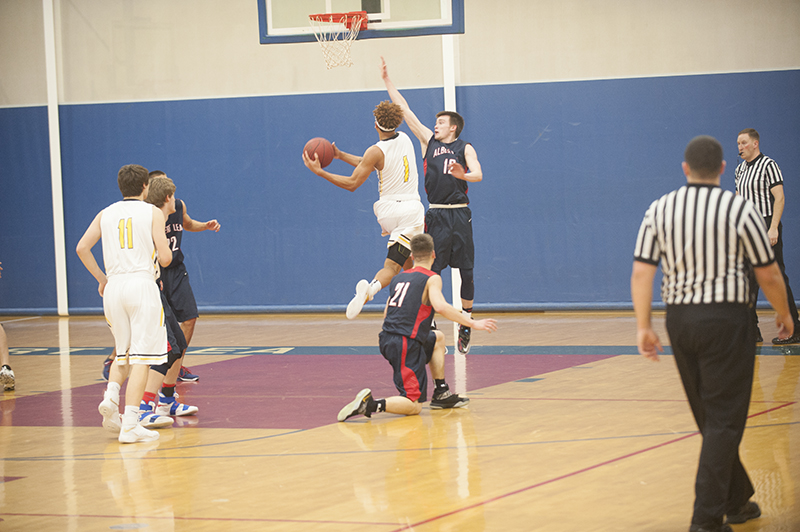 Byron’s Michael Coble makes an athletic move on his way to the basket as Albert Lea’s Wyatt Sickels tries to defend him in the first half Monday night. Jarrod Peterson/Albert Lea Tribune

The Albert Lea boys’ basketball team scored four points in the last 10 minutes of the first half Monday night.

The Bears hit a variety of shots in the first half, but it was mainly the three-pointer that helped them build their lead. The Bears got 3’s from Bjorn Knutson, Michael Coble and Nick Brown on consecutive possessions to extend the lead to 31-8.

In the second half, the Bears didn’t slow down until the game was well within hand. The Tigers found little offense in the final 18 minutes of the game, but turnovers and poor defense led to a number of fastbreak layups for the Bears.

The loss for the Tigers pushes their record 0-12, and the 60-point loss is the biggest loss they have had this season.

Albert Lea will look to rebound when it hosts Owatonna on Friday.