Man gets 40 years of probation for selling meth to informant

A Minneapolis man charged with selling methamphetamine to an informant in October 2015 in Albert Lea was sentenced to jail time and probation for up to 40 years Thursday in Freeborn County District Court.

Timothy Lowell Millhouse, 47, received a stayed sentence of more than eight years in prison. He was sentenced to 180 days in jail and was given credit for two days served. 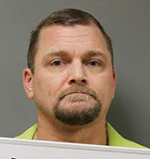 According to charging documents filed in December 2015, Millhouse was charged with the first-degree count after selling 15.1 grams of meth to an informant for $600 Oct. 19, 2015, at Trail’s Travel Center.

Millhouse was originally also charged with second-degree meth possession, fleeing a peace officer in a motor vehicle, possessing metal knuckles and possessing drug paraphernalia in connection to a vehicle chase in June 2015 in Freeborn County that reached speeds of 115 mph. Those charges were dismissed at sentencing.

One count of fifth-degree meth possession in a separate file was also dismissed.