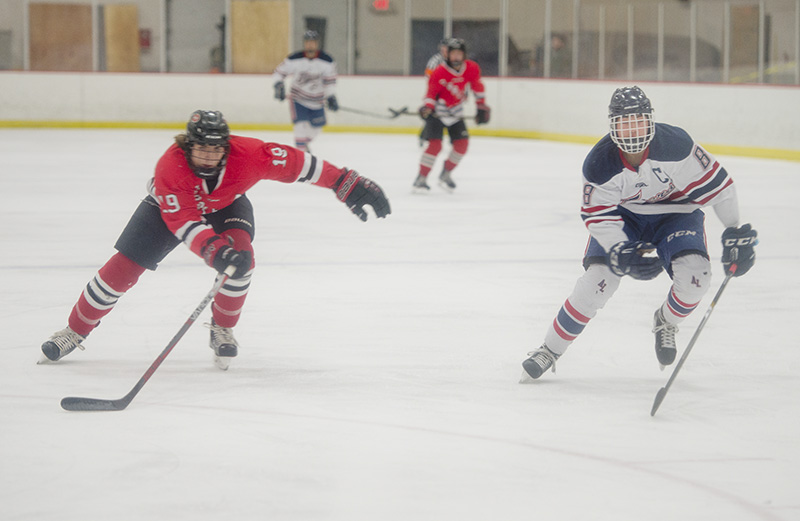 The first game back from winter break is supposed to be a game which a team can ease back into its season.

That was not the case for the Albert Lea boy’s hockey team Tuesday night when it hosted the second-best team in the conference — Mankato West.

It wasn’t the start Albert Lea was hoping for to the new year, as the Scarlets scored at least one goal in each period to beat the Tigers 4-2.

Faced with a three-goal deficit, the Tigers wouldn’t go quietly on their home ice.

Austin Dulitz and Michael Savelkoul assisted on a Sam Chalmers goal with less than a minute left in the second period, and it didn’t take long for Albert Lea to strike in the third period. Thirty-four seconds into the period, it was Savelkoul’s goal that brought the Tigers to within a goal deficit.

But down 3-2, the Scarlets went on the power-play and Alex Hale put the dagger in the Tigers with a goal to make it 4-2. It was the third power play goal for Mankato West on the night.

Mankato West was 3-7 on power-plays while Albert Lea was 0-4.