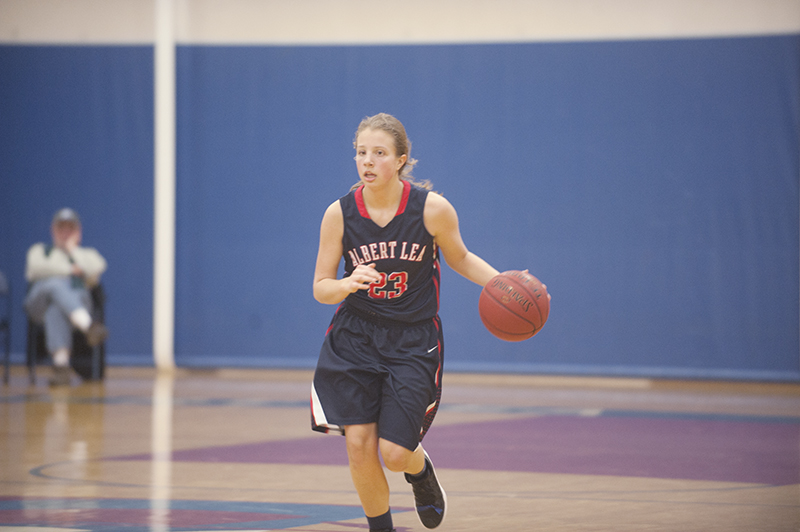 The Albert Lea girls’ basketball team had plenty of opportunities to stick around in the first half of Friday’s game with Interstate 90 rival Austin.

Albert Lea hung around for most of the first half, but Austin used a 12-0 run to end the half and that momentum carried them to a 61-42 win.

Despite finding themselves down 10-2 three minutes into the game, the Tigers proceeded to hold the Packers to two baskets over the next several minutes. However, Albert Lea didn’t do themselves any favors because they weren’t able to score during that stretch either. 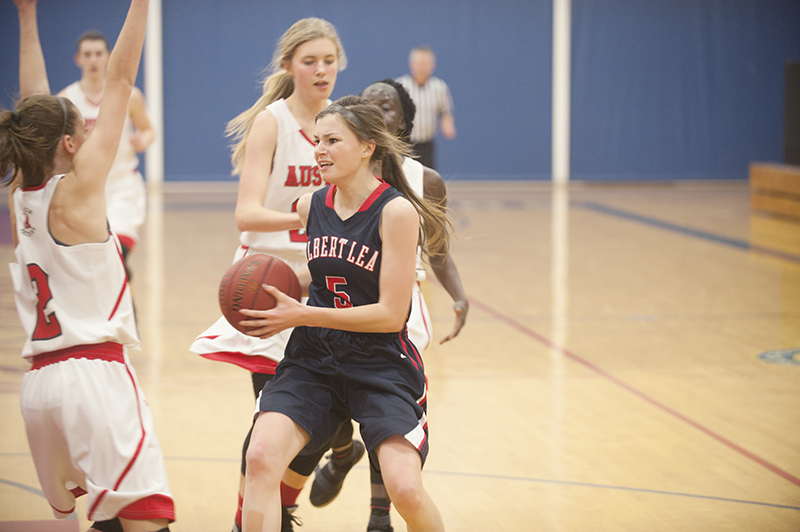 Albert Lea’s Rachel Rehnelt looks for a way to get past Austin’s Colie Justice on her way to the basket in the first half Friday night. Rehnelt led the Tigers with 19 points.

Albert Lea’s Rachel Rehnelt scored nine of her team-high 19 points in the first half, including a triple that brought the Tigers to within seven points early on.

The Tigers’ last gasp in the half came when a bucket made it 24-14. From there, Austin’s Abby Lewis drained back-to-back triples, and those hoops spurred the Packers on a 12-0 run to end the first half to lead 36-14.

Albert Lea never gave up in the second half, but simply didn’t have enough offensive firepower to stay with Austin.

If it’s any consolation, the Tigers ended the game on a 9-4 run to get the final deficit under 20 points.

Albert Lea will play at Faribault on Monday. It will be the first of three consecutive games on the road.