Funeral services for Roger D. Olsen will be at 10 a.m. Friday at Bonnerup Funeral Service in Albert Lea. The Rev. Shane Koepke will officiate. Visitation will be one hour prior to the service. Interment will be in Fort Snelling National Cemetery in Minneapolis with military honors. 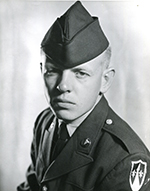 Roger was born May 25, 1938, to parents Alfred and Mable (Pate) Olsen in Austin. He briefly lived in Myrtle and London before coming to Albert Lea.

Roger attended Albert Lea High School and enlisted in the U.S. Army at the age of 17. He later received his GED. While serving as an Army combat medic in Frankfurt, Germany, Roger performed a strep throat culture on Elvis Presley and treated him for tonsillitis. 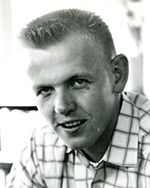 On Dec. 10, 1966, Roger married Karen Hershey in Albert Lea. Together they raised their two children, Paula and Rodney. Roger was a certified diesel mechanic and held jobs at Zetter Homes, Interstate Motors, Standard Truck Stop and Waste Management. He could be described as a workaholic, pulling long hours and fixing things for friends and neighbors. Roger lived a brave and colorful life; he was always willing to help anyone in need. The state of Minnesota even recognized Roger by giving him the Good Samaritan Award for going above and beyond his civic duties.