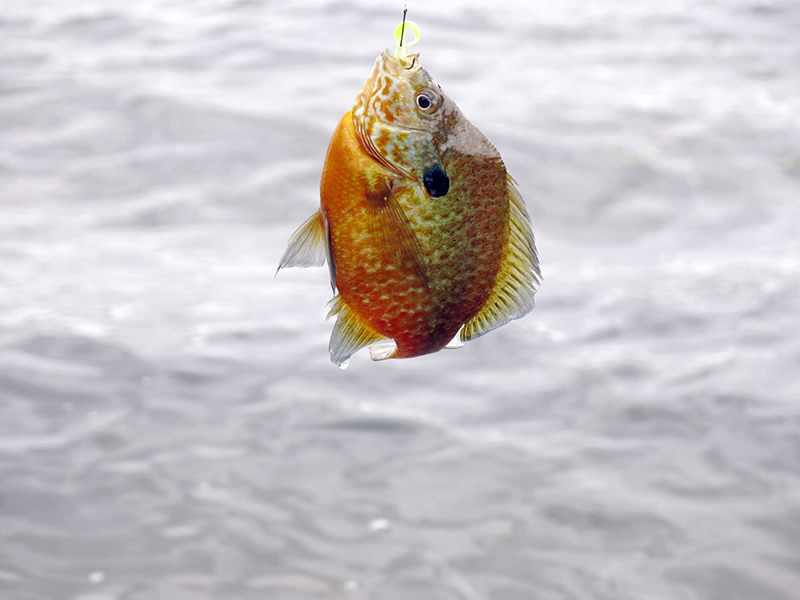 Trace levels of pharmaceuticals and other chemicals may be harming fish in Minnesota rivers and lakes, according to a study released Thursday by the Minnesota Pollution Control Agency.

Several studies in recent years found a variety of pharmaceuticals and other chemicals in Minnesota waters, ranging from antidepressants to insect repellant.

The new study confirms how common these chemicals are in surface water, said Mark Ferrey, a MPCA scientist who has been looking for tiny amounts of chemicals in the water since 2008.

The MPCA sampled 50 locations on rivers across the state and tested for 146 chemicals. There might be 1,000 contaminants in the water, Ferrey said, but there’s no practical way to test for many of them.

The most common chemical found in this study is iopamidol, a contrast agent that’s injected into a patient before an X-ray or scan to make blood vessels and organs stand out in the images. Other common findings include antidepressants, antibiotics and anti-corrosion chemicals.

These chemicals are at very low levels, usually a few parts per trillion, which is equivalent to one drop in a football field-sized swimming pool four stories deep.

It may not seem like much, but scientists are learning it doesn’t take much to have an impact.

“Chemicals, even at those concentrations, can cause adverse effects in fish and wildlife that we’re really just starting now to be able to understand,” said Ferrey.

It’s becoming clear that some chemicals at very low levels change the response of genes, he said.

“Maybe they’re not toxic,” Ferrey said. “But they throw some physiological switch that takes an organism down an entirely different pathway of growth, reproduction and behavior that can be very important.”

While this study confirms the existence of so called contaminants of emerging concern in Minnesota surface water, it also begins to seek connections to effects from those chemicals.

To help understand the potential effects, University of St. Thomas professor Dalma Martinovic-Weigelt compared the level of chemicals found in water to the available data on chemical effects in lab studies.

She also exposed fathead minnows to the contaminated water and then tracked how the fish genes responded when compared to fish in uncontaminated water. She found the genes that changed most often are involved in reproduction, growth and tumor formation.

However, she said, “when you see a change in a gene expression, it doesn’t necessarily mean that it’s going to result in the adverse outcome at the organismal level.”

If a gene for tumor growth switches on, for example, that only predicts a tumor might grow, it doesn’t prove the chemical causes tumors.

Still, that genetic reaction is a critical first step, Marinovic-Weigelt said. For example, a genetic response related to thyroid regulation occurred in 70 percent of samples tested, she said. “It’s allowing you to pinpoint what you should be worried about. Because there’s so much information about these chemicals and their effect,” she said. “But this is kind of allowing you to narrow in on what you should be looking after in the next stages.”

Right now scientists are most concerned about hormones and chemicals that mimic hormones, which seem to have the greatest genetic effect at those part per trillion levels found in lakes and streams.

This expanded research is made possible by significant advances in gene technology, said Ferrey.

“We’re really riding the wave of new technology and able to grasp, I think really for the first time, what this data means,” said Ferrey. “How are these chemicals possibly effecting fish and wildlife out there in the environment? And this study, I think it’s fair to say, is one of the first studies that is able to start answering that question.

Ferrey has no funding for additional studies, but he believes the next step for scientists is to identify which chemicals have the greatest negative effect on fish or other species and look for ways to remove those contaminants from the environment.