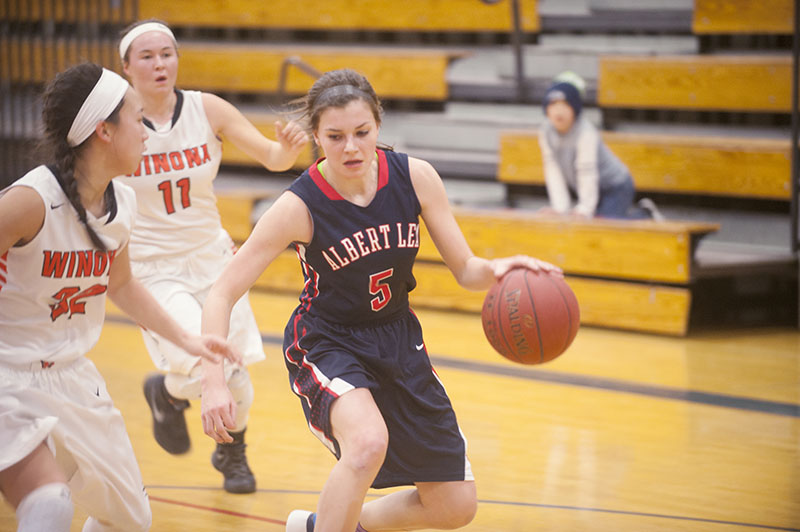 The Albert Lea girls’ basketball team has had difficulty scoring points this season.

The Tigers came into Friday’s matchup with the Winona Winhawks averaging 39.2 points per game. The Winhawks came into the game averaging 57 points, a total that Albert Lea had eclipsed one time this season — a 66-58 win over Cleveland.

The script didn’t change much for either team Friday night. 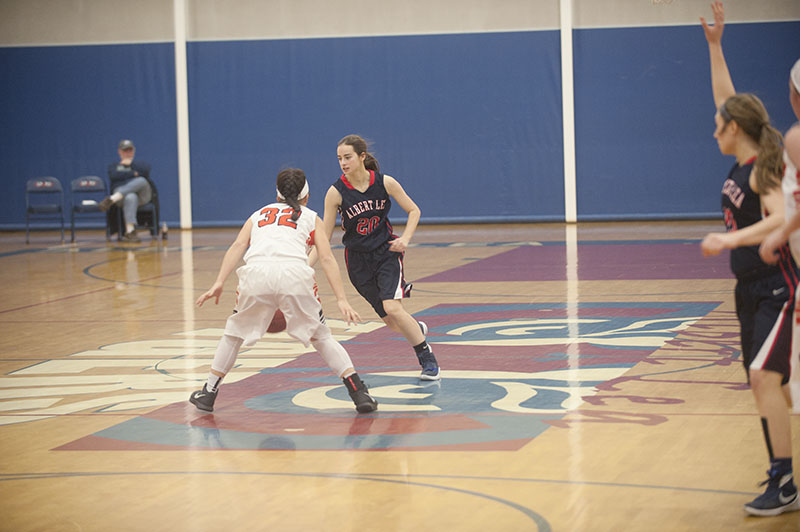 Albert Lea senior guard Emily Strom looks for a way to get past Winona’s Selena Lor in the first half Friday night.

Albert Lea closed the first half with some momentum, scoring seven points and holding Winona’s offense to just six points over the final five minutes.

Up 35-11 at halftime, Winona came out of the locker room looking to send a message to Albert Lea early in the half. The Winhawks scored 11 of the half’s first 13 points to go up 46-13.

From there, Winona cruised.

Albert Lea applied some pressure late in the game and whittled the lead down, but it wasn’t enough.

No stats were reported for Albert Lea.

Albert Lea will return to the court Tuesday night when it travels to Faribault.