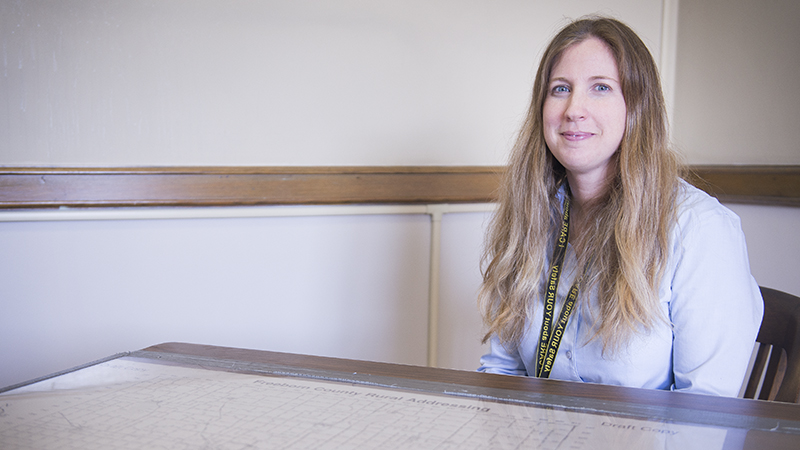 It’s all about building a team for one Albert Lea resident.

Mindy Ruhlig has been Albert Lea’s postmaster since March 2016.

Originally from Mountain Lake, Ruhlig first started working for the United States Postal Service following advice from her sister. She was a city carrier in St. James, before filling in as a postmaster in Waseca and then working as a customer service supervisor in Faribault before coming to Albert Lea. She said she has stuck with the Postal Service because it has a lot of opportunities for its employees to build up their careers.

“It’s a good job; you can do what you want,” she said. “Your options are open with the Postal Service. Whatever you want to do, they’ll help you.”

For Ruhlig, the promotion in Albert Lea was the logical next step. She moved to the area with her husband and their four children shortly after starting the position. Ruhlig, 36, said the family has felt welcome in the community and enjoys camping and going on bike rides during the warmer months.

In the long run, Ruhlig said she wants to keep working her way up in the ranks of the postal service. For the time being, though, her focus is on making the Albert Lea and surrounding areas’ postal services as efficient and connected as possible.

“Basically, it’s creating a team here in Albert Lea that I’m trying to work on,” she said.

Interesting fact: she and her family like to camp and go on bike rides