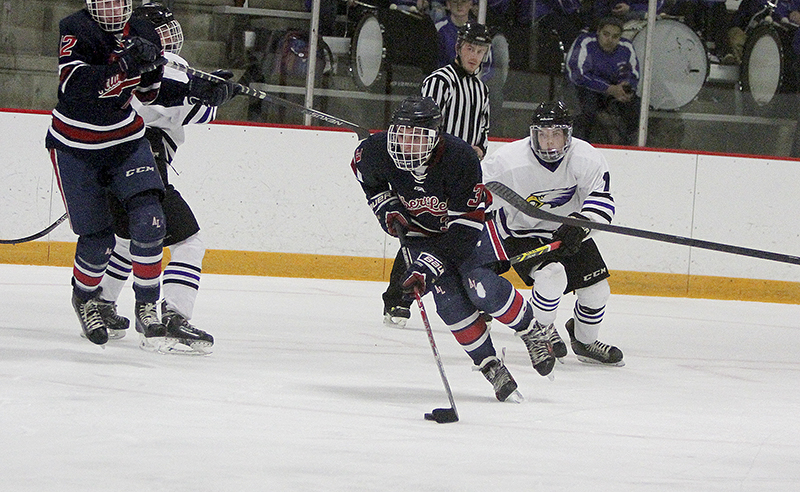 Albert Lea’s Bergan Lundak brings the puck out of the Tigers’ zone during the third period of Thursday’s Section 1A quarterfinal game against Red Wing at Prairie Island Arena. Lundak had a hat trick in the 6-5 double-overtime loss. (Joe Brown/Red Wing Republican Eagle)

But fresh off a 9-3 win over Faribault in the first round of the playoffs on Tuesday, the Tigers were hoping to keep the offense clicking when the two teams faced each other Thursday night in Red Wing. 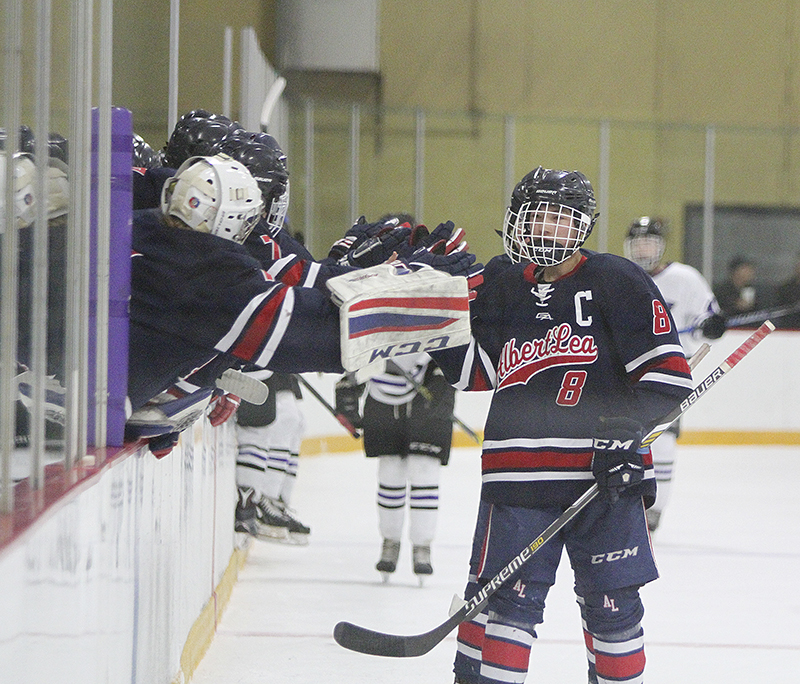 Austin Dulitz and the rest of the Albert Lea boys hockey team celebrate after a first-period goal from Sam Chalmers in Thursday’s Section 1A quarterfinal game against Red Wing at Prairie Island Arena.

But it was a four-goal third period from Red Wing and the Wingers’ Tyler DeFore who ended the Tigers’ season when he scored the game-winning goal in the second overtime, 6-5.

Scoring was on the menu, as Albert Lea got up by three goals only to watch the lead disappear as Red Wing scored in the closing seconds of the third period to send the game into overtime.

It didn’t take long for that offense to click for Albert Lea.

The Tigers got on the board just 2:39 into the game thanks to a power play goal from Lundak.

The goals would continue to come quickly for the Tigers.

Albert Lea scored just moments later when Sam Chalmers beat Red Wing goalie Zach Harding to give the Tigers a 2-0 lead. But Red Wing would answer back with a goal from Cam Blue.

The Tigers’ offense was not to be stopped, though.

Just before the end of the first period, with two seconds remaining, Lundak scored his second power play goal of the game to give Albert Lea a 3-1 lead.

The Tigers would widen that margin to 4-1 in the second period when Michael Savelkoul rattled one in off the post. 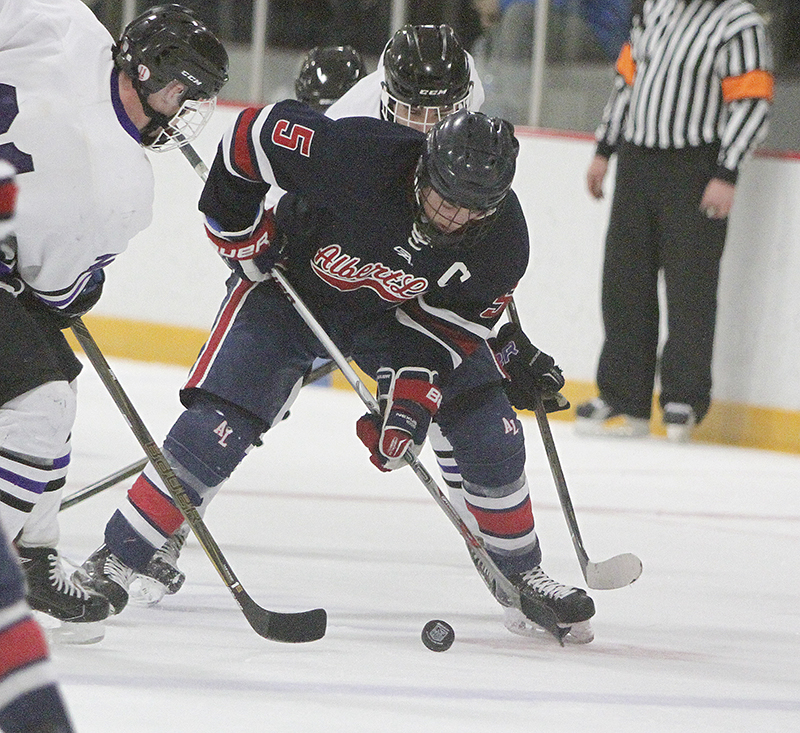 Albert Lea’s Sam Chalmers tries to maintain possession of the puck against a pair of Red Wing defenders during Thursday’s Section 1A quarterfinal game at Prairie Island Arena.

Lundak completed his hat trick in the third period to put the Tigers back up three goals, 5-2.

The Wingers would buckle down, though, and they started to score.

Cushing scored two goals in two minutes, and with 24 seconds left in the game, DeFore scored to tie the game. 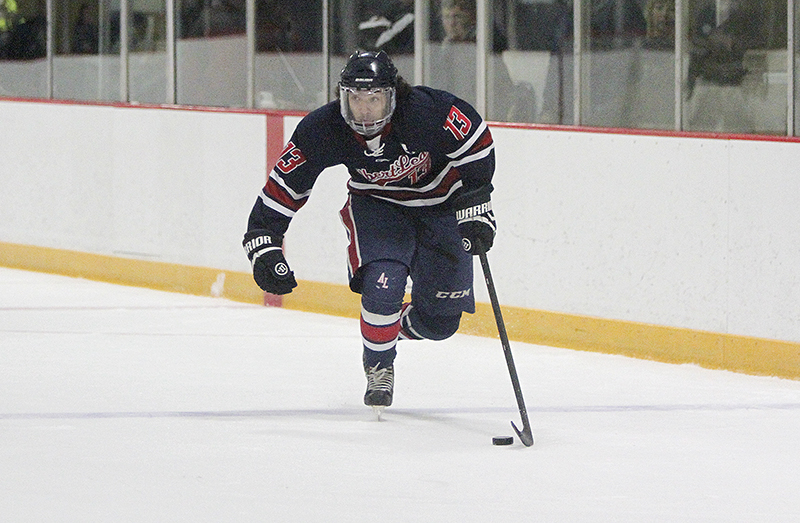 Albert Lea’s Mitchell Evans makes a charge at the net during the first overtime period of Thursday’s Section 1A quarterfinal game against Red Wing at Prairie Island Arena.

The Tigers were outshot in the overtime periods, 15-8.