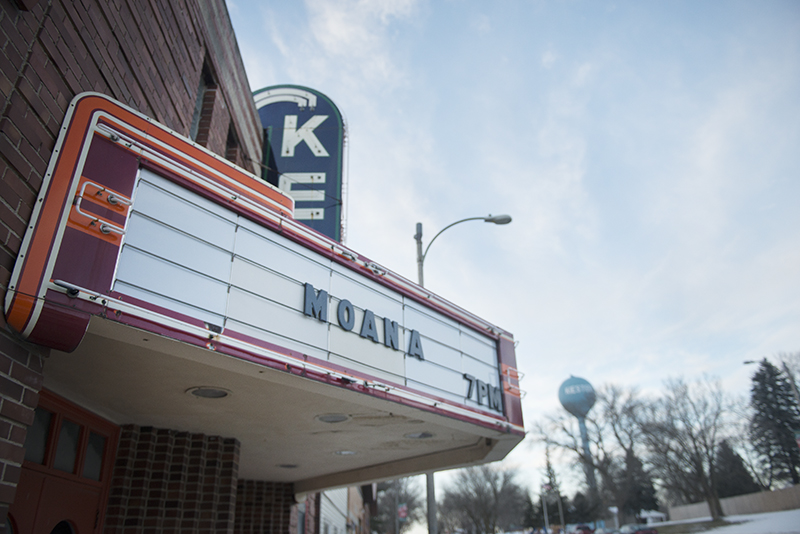 Kee Civic Theatre was one of the businesses featured in a Preparation H commercial that was shot last spring in Kiester. -Colleen Harrison/Albert Lea Tribune

KIESTER — Over a year has passed since the town of Kiester was approached by a major brand to use the small town of about 500 people as a setting for a commercial.

The catch? The commercial would be advertising Preparation H — an ointment used to treat hemorrhoids — and would be playing on the town’s name and its likeness to a certain part of the human body.

Kiester Mayor Doug Trytten said Pfizer, the company that owns the Preparation H brand, originally emailed Kiester’s city clerk about possibly using the town as a commercial backdrop in March 2016. With April approaching, city officials thought the inquiry was probably an April Fool’s Day joke at first. After checking out the company through a Better Business Bureau, city officials told the company it was welcome to scout out the town as a possible location.

After initial location scouting, the commercial ended up being shot later that spring, and Doug Trytten said it took about 11 hours to shoot what would eventually be a 15-second TV spot. Doug Trytten and his wife, Dena, and their son, Jacob, along with a number of other locals were featured as extras in the commercial.

Local landmarks such as Kee Theater, Kiester Market, the former Kiester school and the town’s fire hall can all be seen in the commercial. The cast and crew spent a lot of time in Kee Kafe and rented it out a few times, as well.

Doug Trytten said any businesses featured in the commercial were paid accordingly, and anyone featured as extras were paid for their time and were members of the Screen Actors Guild union for a day. The Tryttens, who previously owned Kee Theater and now help take care of it through the nonprofit organization that owns it today, said the company was very generous to the theater and featured its marquee in the commercial.

The commercial, which can be found on YouTube, debuted on June 7 and continues to run on television.

The company returned to Kiester over the summer to have a thank-you picnic for the community to thank everyone who helped with the commercial, the Tryttens said. The crew provided food and sent attendees home with product samples, as well.

“We had fun with that,” Doug Trytten said.

“It was awesome,” Dena Trytten added. “They were very nice and generous and kind.”

Since the commercial aired, the Tryttens said people have stopped through the town to check it out after hearing about it, and some have said they originally thought it was a fictional town made up for the commercial. Others have called and emailed trying to find merchandise with the town’s name on it.

While some community members were somewhat concerned when first hearing about the commercial idea, the Tryttens said most were supportive and weren’t offended by the play on words.

“There’s been plenty of jokes over the years,” Dena Trytten said. “(The commercial) was well done and they treated us very respectfully.”

Doug Trytten said he thought it had largely benefited the town, and that he hopes the company and crew feel free to come back and use the town as a location in the future.

“They talked about maybe coming back, and hopefully they do,” he said. “I think we’ve already reaped a lot of benefits from it.”

15 – Length in seconds of the commercial 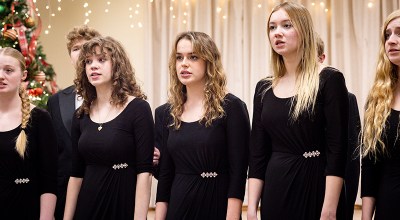