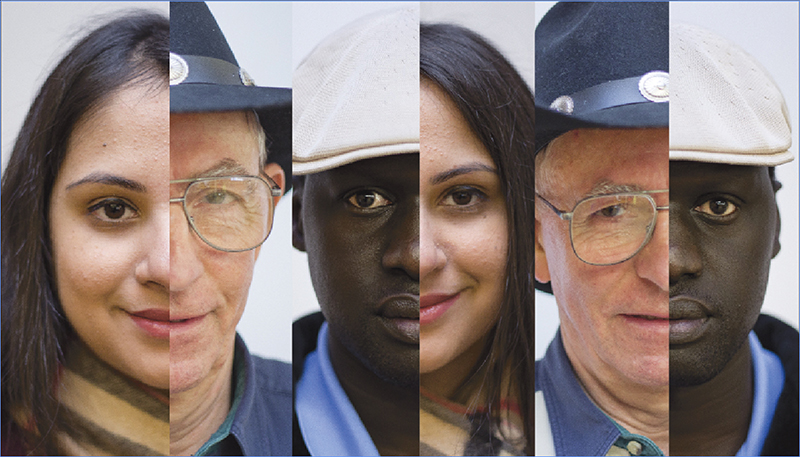 At the end of President Donald Trump’s first month in office, he signed an executive order on immigration, temporarily banning travel from seven Muslim-majority countries: Iran, Iraq, Syria, Sudan, Libya, Yemen and Somalia. The order bars anyone from those countries entering the United States for 90 days, and suspends the U.S. Refugee Admissions Program for 120 days — after which the secretary of state, secretary of homeland security and director of national intelligence will decide which countries the U.S. will accept refugees from.

As the order took effect, travelers who had previously been issued valid visas were reportedly detained at airports across the country, leading to protests. A judge in Brooklyn, New York, issued a temporary restraining order barring the deportation of almost 200 people caught in the middle of the order’s implementation. Last Friday, U.S. District Judge James L. Robart granted the states of Washington and Minnesota a temporary restraining order on the ban, as well.

As of Thursday, a federal appeals panel ruled 3-0 against Trump’s executive order, which means refugees and citizens from the countries listed in the order can continue to enter the U.S.

While the order is currently on hold, its future is still uncertain.

The Justice Department, which was defending the Trump administration’s position, could potentially appeal to the Supreme Court. The Supreme Court is currently one justice short, though, with only eight judges instead of nine. A tie would keep in place the ruling of the appeals court.

With the executive order being a major discussion topic since its introduction, the Tribune sat down with local residents to gather a local reaction to the order on immigration and refugees.

Amna Rahman is an Albert Lea resident originally from New York. She’s an attorney who has specialized in refugee asylum cases. She is also the daughter of immigrants, and is a Muslim.

The executive order bothers Rahman on three levels: as an attorney, as an American and as a Muslim.

She had previous clients calling her for advice, and she has been telling them to stay put in the U.S., as the future is too uncertain right now. Rahman also suggested one of her sisters, an American-born citizen like herself, cancel a trip abroad. What led to Rahman’s concern for her sister was the World War II-era Korematsu case — a landmark U.S. Supreme Court case concerning the constitutionality of Executive Order 9066, which ordered Japanese Americans into internment camps during World War II, regardless of citizenship. The court found the order constitutional due to national security following attacks on Pearl Harbor.

“If something like that were to be signed next week, it doesn’t matter if you’re a U.S. citizen or not,” Rahman said.

Is the order unconstitutional?

From an attorney’s standpoint, Rahman said the order is unconstitutional on multiple levels. She said it violates the Fifth Amendment of the U.S. Constitution’s due process clause, and said people are losing their rights without a hearing or without due process of the law.

Referencing what she said was Trump’s campaign platform of enforcing a “Muslim ban” and him being quoted as planning to give preference to Christian refugees during enforcement of the travel ban, Rahman said the order would violate the establishment clause — also known as the religion clause — of the First Amendment. The clause states the U.S. government “shall make no law respecting an establishment of religion, or prohibiting the free exercise thereof.”

In addition, Rahman said the order violates equal protection rights under the 14th Amendment, which says no state shall deny anyone equal protection or rights of the law — meaning there cannot be an order discriminating against race or religion, she said. Rahman did stipulate that profiling has been considered constitutional under national security, but that a court must deem it to be constitutional. She said that Trump has unfairly targeted the Muslim religion leading up to his inauguration, but now seems to be backpedaling.

“He is our president, we have to respect him. We do want him to succeed, but at the same time, you’re trying to figure out how he’s trying to do this and where’s the justification,” Rahman said. “His campaign was based on a complete shutdown of all Muslims entering the United States, and ‘Muslim ban’ was tweeted by him multiple times, so now all of a sudden it’s not a Muslim ban? Then I don’t know what it is.”

For Alden resident Ebenezer Howe, those who aren’t naturalized citizens shouldn’t be able to cite constitutional rights, in his opinion. Howe described himself as a partisan Republican and said he didn’t support Trump when he first announced his campaign, but supported him by the time the general election came around. Howe became the chairman of the Freeborn County Republican Party earlier this month.

Howe believes there is too much hate and discontent coming out of the countries listed in the executive order.

“That’s what I think (Trump) has the ability to stop,” Howe said. “I think a president has the authority to take and do something like that.”

Lake Mills resident Denise Sager-Boyken also voiced her support for the president, saying he is acting on a promise he made during his campaign.

Both Howe and Sager-Boyken said they didn’t think those with already approved visas or other legal documentation should be detained, but Howe said he thought some of the detainment could have been caused by disorganization immediately following the order’s implementation.

Howe said while he thinks some of Trump’s advisers could have either worded or timed the order better, he also believes people are reading into issues that aren’t really there.

“I think a lot of the hysteria is based on ‘can’t stand Trump,’” he said.

For Albert Lea resident Chang Ruach, there are several questions surrounding the reasoning for the selection of countries listed in the order.

Ruach, who became a U.S. citizen in 2005, said he and others in the local refugee community had been considering going to the Department of Homeland Security to have the country of origin changed on their documentation since their true country gained its independence, but that the current uncertainty surrounding the order has put those plans on hold. Other members of the community who are not U.S. citizens have also put any potential travel plans on hold, as well, he said.

For many of the South Sudanese refugees, the placement of Sudan on the list of countries under the ban is confusing, Ruach said. He also said the absence of countries tied to extremism and terrorism — including the Sept. 11, 2001, terrorist attacks on U.S. soil — was concerning.

“What is it that Sudan has done, that you can compare to Afghanistan — where Osama (Bin Laden) was based — or Pakistan — where he was killed?” he said. “Is there something that we weren’t told was taking place? Personally, when I heard about it, I thought it was not the right thing to do.”

It was reported that Pakistan and Afghanistan were where Bin Laden and his associates planned and recruited for the 9/11 attacks through support from the Taliban and al-Qaeda, and that money had been wired through the United Arab Emirates for hijackers in the attacks. There have also been implications that Saudi Arabia held some responsibility for the attacks, having financed al-Qaeda previously, and there have been reported allegations of the Saudi royal family supporting al-Qaeda in the attacks.

“I found that frustrating, because in the beginning when he called for the total shutdown — he does business in a lot of these Muslim countries and I’ve seen that,” she said. “As in, I’ve seen his establishments there, so that part was really frustrating, that those countries were safe.”

Some reasoning for the suspension of the refugee admissions program has been to introduce “extreme vetting,” according to the president.

According to both Ruach and Rahman, refugees already go through an extensive vetting process, which at times can take up to two years.

For Ruach, while he was in a refugee camp, he initially filled out paperwork requesting refugee status to apply for admittance into the U.S. After having the initial application approved, he said refugees go through an interview process discussing such background as their country of origin, why they’re a refugee and what forced them to leave their home, among other questions. Following the interview stage, refugees move on to the next round of screening, including medical examinations and fingerprinting.

After passing each level of vetting, refugees then attend an orientation about what they’ll need to do once they’re sponsored to come to the U.S. A sponsor — typically either a family member of the refugee’s already in the U.S. or an organization specializing in the sponsorship of refugees — initially pays the travel costs of refugees to come to the U.S. Once in the country, refugees are given up to three months of financial assistance to help them integrate into their new home. After that time, refugees are then required to start working to pay back the previously sponsored costs — either all at once or by having wages garnished.

United Way of Freeborn County Executive Director Ann Austin said she rarely sees refugees in the local community using much of any public assistance. She said they typically become self-sufficient very quickly, and that they receive no special treatment as far as taxes or public assistance goes.

“They’re held to the same standards as the rest of us are by the IRS,” Austin said. “They have to work very hard to understand the basic system we grew up in.”

According to Rahman, the vetting process in airports is nothing new, either. She and her husband have gone to pick up visiting relatives from airports who have been detained for up to nine or 10 hours, and when Rahman and her husband travel themselves they add on additional hours for what will almost surely be additional screening.

“This has been going on for a while. This is nothing new,” she said. “I think to put a ban on seven countries, this is totally different from vetting. You’re just telling people ‘You cannot come here,’ even though they have gone through the process, they have valid visas and they’re being told they can’t enter.”

After an election season and the start to a presidency that some could say has divided the country, for Austin, the hope is for acceptance — especially for the refugees in the local community.

“Anyone that comes to our community is a community member. They add value,” she said. “They are some of the most involved people in our community. Ninety-nine percent of the stories you hear are people wanting to better their lives.”

While Rahman said the executive order was “shocking to the conscience” for her, she was comforted to see so much support for those negatively affected by the order.

“A positive that came out of it is it doesn’t matter what political party you belong to; it doesn’t matter what race, religion, country of origin you are. I think everybody’s standing together — a certain percent of the population realizes that this is not correct — and they all came together,” Rahman said. “For me, that was a huge positive, because it’s not just Muslim Americans realizing that this is a problem, this is all Americans realizing that this is not right.”