Al Batt: Going to Austin may be a bit Austintatious 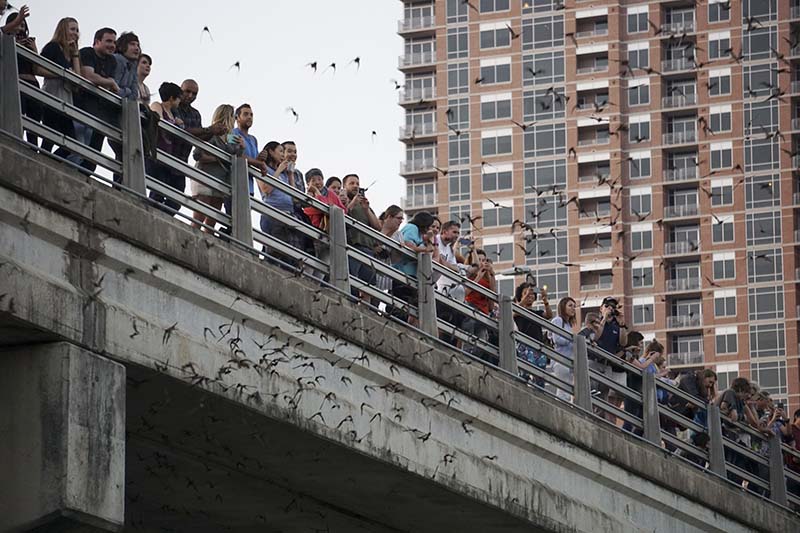 I headed to Austin, Texas for work.

I actually do things for a living.

The sign at the Chicago airport read, “Meatball sandwich.” I ordered one. The clerk said, “We ain’t got no bread.” End of conversation. I went elsewhere and got a pineapple/blueberry smoothie and slurped it as I listened to a fellow traveler complain that his luggage had been lost and that his entire trip had been a nightmare. Apparently, he was in an errorport.

My flight was late. It was the domino effect, caused by a butterfly flapping its wings far away. The plane had issues and my flight was changed to another one five hours later. I’d hoped to get to the hotel at BOB O’clock. That’s 8:08. I’d be lucky to make it by 1:00 a.m. The hotel would wait for me and the shuttle taking me there said they’d count the seconds until my arrival.

I sat near an airport gate until I heard, “The last remaining passenger may now board the plane.”

I found my seat. I wasn’t sitting next to a crash test dummy, so that was good. Airlines have discovered that they can make a square peg fit into a round hole. I love traveling despite the cramped seats and the chronically tardy planes.

Seated in the safety of a window seat a few rows away, I watched a woman drop her oversized roller bag that was too big to have been on the airplane onto another woman’s head. It’s the law of unintended consequences. Seeing the bag’s wheel hit the noggin reminded me why I don’t like sitting in an aisle seat. Danger lurks in falling suitcases.

As we flew, the captain’s voice said, “If you look out the right side of the plane, you will see the Pacific Ocean.”

That’s when I knew that my flight from Chicago would be late getting to Austin, Texas.

It was a long drive from the Austin airport to my lodging. Our forefathers made the mistake of locating cities too far from the airports.

I ate at a place called the Salt Lick. Austin is the state capital of Texas and has a population of over 900,000. I’ll bet I didn’t meet half of them there. The Salt Lick featured barbecued brisket, ribs and sausage plus desserts like peach or blackberry cobbler. The server kept asking me if I wanted more food. I told him that I’d had an ample sufficiency, but he kept bringing more food. My mother was that way. You could tell her that you wouldn’t be able to eat again in this lifetime and she still kept bringing food.

I listened to some music. I had to. I’ve watched “Austin City Limits” on PBS.

The trip was like a staple. It had angles. Underneath the Ann W. Richards Congress Avenue Bridge in Austin lives the largest urban bat colony in North America. I went to see them. I listened to the high-pitched colony chatter. The Mexican free-tailed bats had returned from their migration to Mexico, some from as far away as the Yucatan. The bridge’s population totals about 750,000 bats that are there from early March through early November. Most of them are females. In June, they each give birth to a pup that is one-third the size of its mother. That doubles the population to 1.5 million bats. Male Mexican free-tailed bats are plentiful as well, but they cluster in smaller groups, roosting in the tops of stadiums or sides of buildings.

The Austin-American Statesman Park near the Congress Bridge is free and open to the public. There is also standing room along the bridges sidewalk. Another way to see the bats is to take a boat ride on Lady Bird Lake.

It has been reckoned that the bats consume 10,000 to 20,000 pounds of insects in a given night. They travel as far as 50 miles at altitudes as high as 10,000 feet to find the best tasting insects. Mexican free-tailed bats weigh roughly 4 ounces with a wingspan of 11 inches.

The initial wave flies out right before sunset. I watched them until I could no longer see them. Then I removed a kink from my neck and watched some more.

Not everything gets old fast.

I’m a goofy guy. I’m no Garth Brooks. He has friends in low places.

I have friends in high places.