School will begin before Labor Day for the second straight year for students and staff in Albert Lea Area Schools. 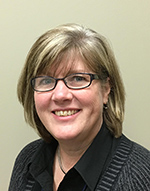 A survey last fall in the district found 94 percent of students have internet access at home, she said. Beginning next year, students in grades six through 12 will have Chromebooks.

Administrators will work with staff members to form a more detailed plan for flex learning days. The plan will then come before the board for review.

Legislation introduced at the state Legislature would replace up to five days each year with “e-learning days.” Students would get on a laptop or tablet at home and follow along with online lessons on school days that would otherwise have been canceled.

Hanson suggested the school use two flex learning days next year in case the approach is unpopular.

Superintendent Mike Funk said the number of flex learning days was decided after he consulted with officials from the Albert Lea Education Association.

Skaar said though he saw issues with the early start, a significant majority of people he talked to were in favor of it. The early start also allows for two more weeks of instruction before Advanced Placement exams, he said.

“It makes sense to me to give this one more year,” he said.

Hanson said a majority of people she talked to supported the post-Labor Day start. She shared feedback from community members, including that students enjoyed having finals before winter break to have less stress. According to Hanson, 4-H students have had to miss either portions or the entire Minnesota State Fair.

PSEO students expressed support for the early start, she said.

Hanson and Marin expressed concern about the effect the pre-Labor Day start would have on spring sports and family vacations.

Marin said she did not see the benefit the early start would have on Minnesota Comprehensive Assessment scores, and she discussed parent concerns about a shorter summer vacation.

She cited a Tribune poll that found a more than 2-to-1 ratio support for a post-Labor Day start. Funk questioned the scientific accuracy of the poll.

Marin questioned whether this year’s pre-Labor Day start has changed the climate of the school, and she discussed feedback from families who did not support having finals before Christmas break.

Marin cited a ThoughtExchange survey that showed the top concern of parents was shorter vacation and family time.

Funk said administrators did listen to ThoughtExchange and cited a planned longer break this summer as proof.

In a public forum before the vote, former board member Linda Laurie said she was concerned by suggestions by new board members to reduce the number of days teachers have for professional development for potential snow days.

Referring to Hanson, Laurie said: “This board member has suggested adding teaching days to the calendar to provide our teachers freebies — days that they would not have to come in and work on snow days — instead of meeting their contractual requirement. How is this freebie concept good for students, teachers or taxpayers of the district?”

Laurie said each free day would cost the district nearly $150,000 in salary to cooks, paraeducators and secretaries to not come to work.

“School board members are elected to represent this community, not their own personal interests or of one group of people,” she said. “Our students and community deserve better.”

Klatt said he appreciated feedback from students and staff members on the calendar and disputed the idea that the early start would have a negative effect on spring sports.

According to Klatt, most of the feedback he received was in favor of the pre-Labor Day start.

Petersen said the board listened to the community in the process.

According to Petersen, most of the feedback he received was in favor of the early start.

“I think the board really cares,” he said. “They have listened. Our ultimate goal, for each one of us, is we want to do what is best for kids.”