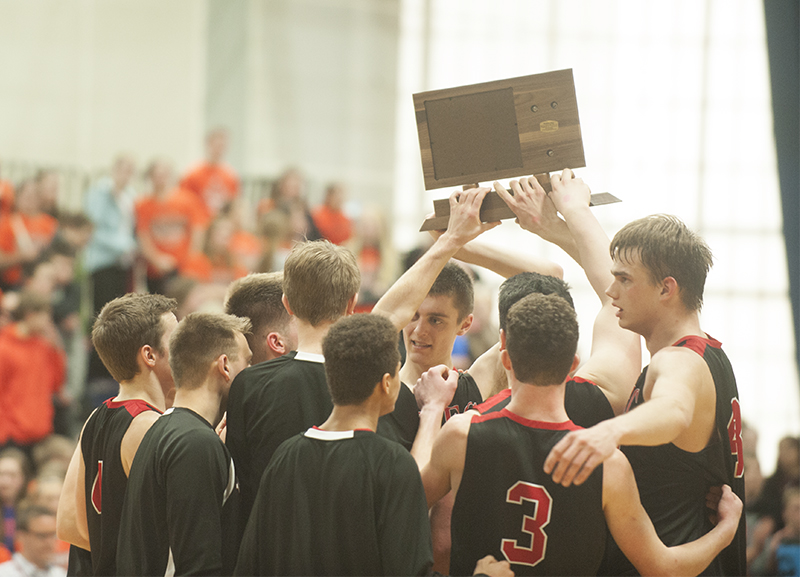 The NRHEG boys’ basketball team gathers together after receiving its fifth-place trophy at the state tournament. Jarrod Peterson/Albert Lea Tribune

ST. PAUL — In his final high school game, NRHEG’s Oakley Baker was going to make sure the people, who didn’t already know his name, knew his name.

Behind 40 points from Baker, NRHEG was able to capture the consolation championship with a 77-66 victory over Lake City.

The Panthers used the first half as a springboard to take a 12-point lead at the break.

Lake City scored the first point of the game, but then NRHEG’s Tyler Raimann took off.

He scored his team’s first six points and had a monster block on the defensive end to get the Panthers out to a 6-1 lead.

NRHEG’s defense seemed to carry over from Thursday night, as the Panthers limited the Tigers to one shot on offense for most of the first half.

Lake City would tie the game at 6-6 with a three from Mitch Marien, but it would be all NRHEG after that.

NRHEG finished the last 11 minutes on a big run that included 11 straight possessions where the Panthers scored at least one point.

Baker led the charge for the Panthers, as he sparked a 23-8 run for NRHEG. He scored 11 of his 18 first-half points, nine coming on threes, during the burst.

Lake City found some offense late in the half. The Tigers answered from deep, hitting 3 threes and scoring 11 points over the final three minutes of the half.

After turning the ball over one time in the first half, the Panthers turned it over two straight times to start the second half.

Lake City was only able to make NRHEG pay on one of the turnovers, hitting a three-pointer.

After turning the ball over one time in the first half, the Panthers turned it over two straight times to start the second half.

Lake City was only able to make NRHEG pay on one of the turnovers, hitting a three-pointer. Jason Jongbloedt hit a free throw, then Raimann would get loose inside for two points to bump the Panthers’ lead up 12 points.

Marien would respond with consecutive hoops to cut the deficit to eight points.

But the rest of the half would belong to Baker. 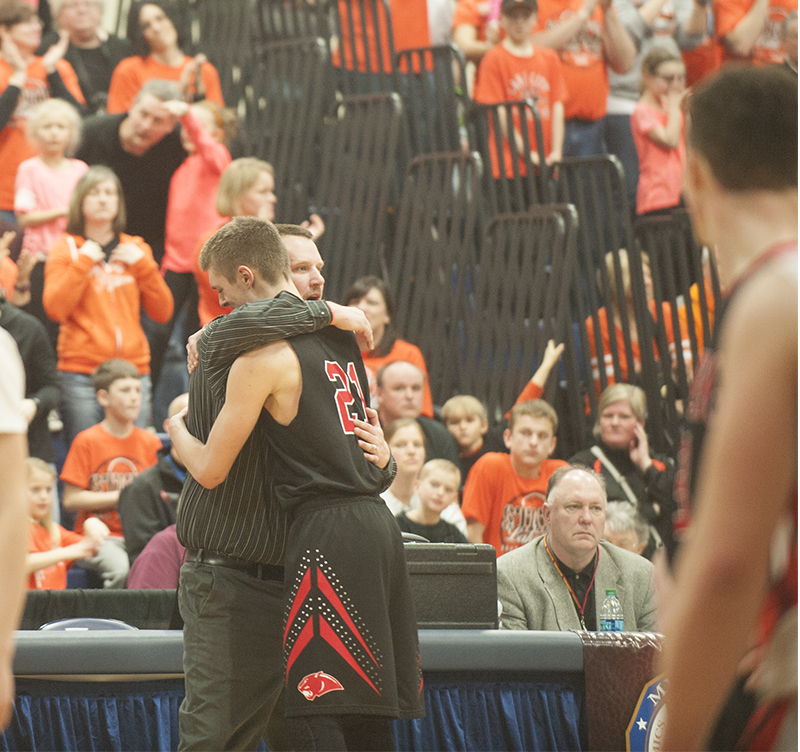 NRHEG’s Oakley Baker comes off the court for the final time in his high school career and receives a hug from his coach, Pat Churchill. Baker scored 40 points in the game and went over the 2,000-point mark.

Out of a timeout, Baker drilled his sixth three-pointer of the game. After four straight points from teammate, Brady Agrimson, Baker hit another three from the volleyball line. Next, he would work his way down low for another hoop. That bucket gave NRHEG a 53-36 lead.

Baker’s biggest moment would come when he stepped to the line. He came into Friday’s game needing 37 points to eclipse the 2,000-point mark. With less than two minutes left, he sunk his free throw, giving him 37 points on the day and 2,000 for his career. He went on to hit his next three free throws after Lake City tried to get back into the game by fouling.

Along with Baker’s 40 points, Raimann finished with 15 and Lundberg had 11 points and 10 assists. 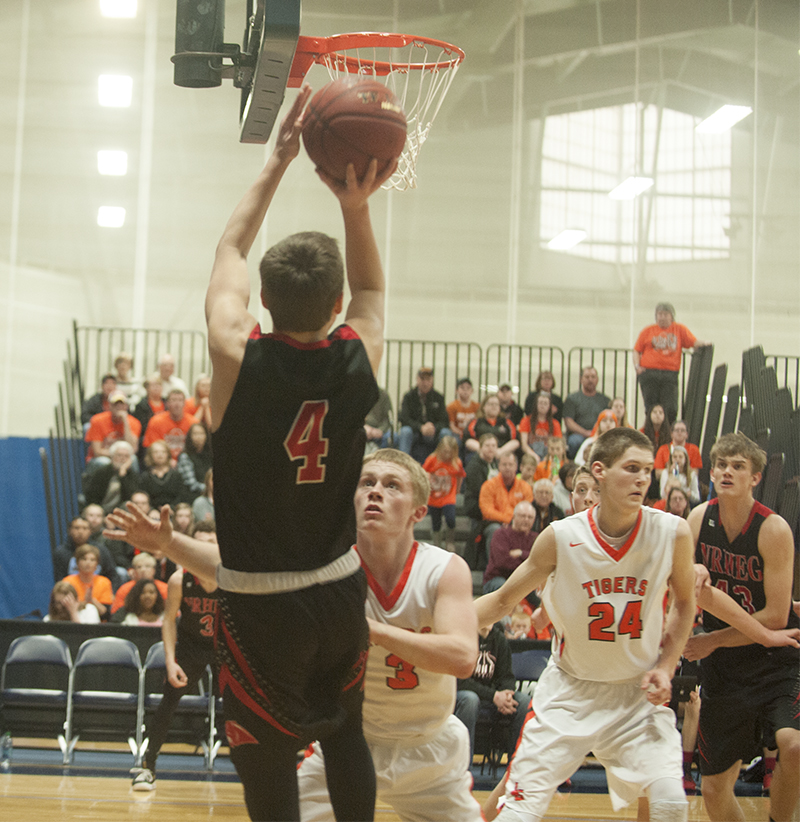 Panthers guard Benji Lundberg goes up for a shot over the defense of the Tigers’ Mitch Marien in the second half Friday afternoon.

Both teams combined to hit 11-28 three-point attempts in the first half. Lake City finished 13-35 from beyond the arc. NRHEG was 8-18.