Coach retires after 5 decades of coaching in 2 states 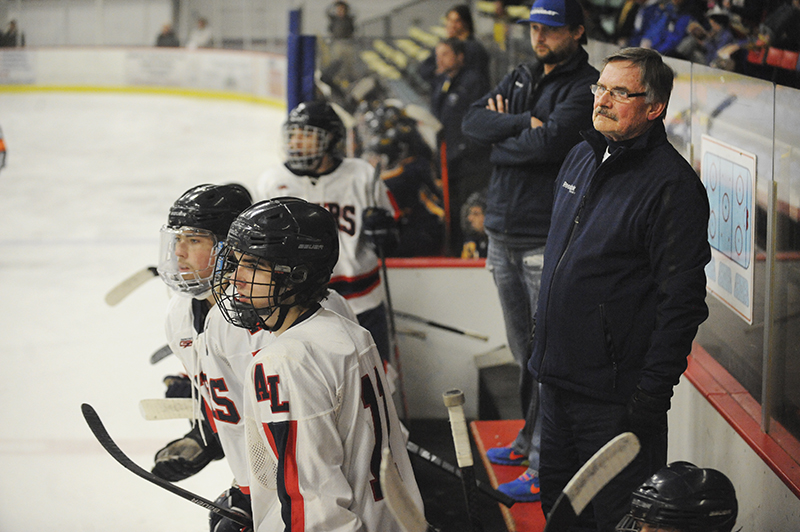 A longtime Albert Lea High School coach and hockey legacy is retiring after a career that spanned more than five decades.

“It’s been an enjoyable career — there’s no question,” Nystrom said.

“I enjoyed the relationship with the kids. I also enjoyed the competitive part of coaching.”

Nystrom grew up in Eveleth and played hockey for Eveleth High School. After he graduated, he headed to the Twin Cities to play hockey for the University of Minnesota from 1961 to 1965.

After college, he accepted a teaching and coaching position in 1967 in Grafton, N.D., before he moved to Grand Forks Central High School. 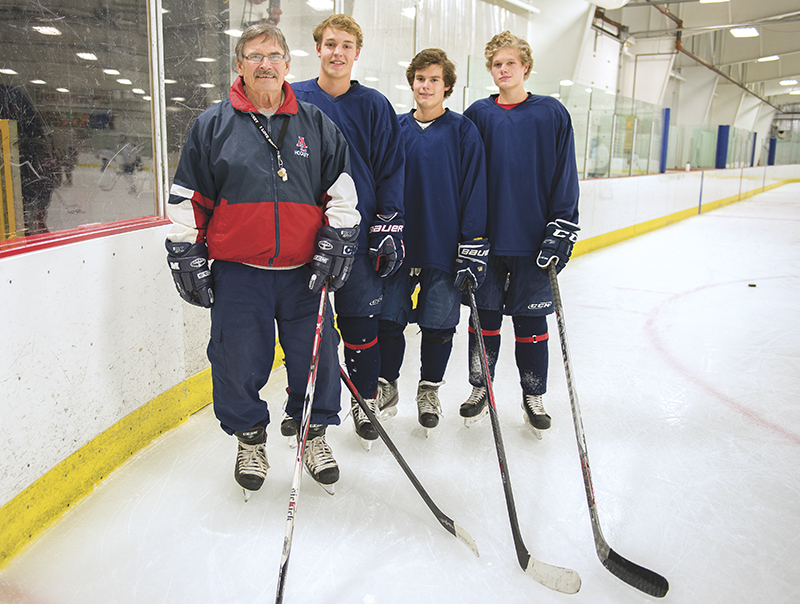 After three seasons and three state championships in Grand Forks from 1971 to 1973, Nystrom accepted a teaching and coaching position in Albert Lea in 1974, he said.

His friend, Bill Intihar, who he had grown up playing hockey with in Eveleth, had called him about the opening. Wanting to get back to Minnesota, Nystrom applied and was accepted for the job.

In addition to coaching hockey, he taught physical education at first and special education in his later years. He also coached football for a few years and assisted coach Joe Sczublewski on the baseball team.

He hosted free hockey clinics for several years and coached teams of younger children as well.

His successes culminated with his induction into both the Minnesota Hockey Coaches Association Hall of Fame and the Minnesota State High School League Coaches Hall of Fame. A rink was named in his honor at City Arena.

Beyond his record as a coach and his love for the game, however, Nystrom is being remembered by many of his former players and assistant coaches for his love and care for his players.

“Outside of my father, he was probably the most influential person I came across,” said Steve Cerrato, 1978 Albert Lea High School graduate. “Whether it was in high school, college or after, he is an important person that I’ve always looked up to and admired.”

Cerrato said Nystrum cared about his players — not only when they played for him — but afterward and even beyond high school. The two men still keep in touch.

“He has a great sense of humor, and at the end of the day he just really cares about people,” Cerrato said. That’s what makes him so special for me.”

Albert Lea High School athletic director Afton Wacholz said though she was surprised to hear about Nystrom’s retirement and ultimately wishes he could continue, she said his decision speaks to his dedication to the hockey program.

“Deep down he would have loved to have continued on, but he had a couple health concerns,” Wacholz said. “He didn’t feel like he could live up to the expectations he had to the hockey program not being able to be on the ice with the boys.”

She said he leaves a huge legacy, and she is pleased to recognize him and the accomplishments within the hockey program.

“For a coach to be in one community for that long, you’ll never see that again,” she said. “We are just very fortunate in our community to have had him — not only for what he’s provided to our hockey community, but to the community in general. He will be remembered for years and years to come.”

Blake Adams, who played for Nystrom from 2006-09 and coached with him in 2011, 2012 and again this past year, said Nystrom had a way to get his players motivated. He liked to get to know everybody and knew how to get people to be their best selves both on and off the ice.

Adams said his father also played for Nystrom when he first came to Albert Lea.

“He was a very influential part of my life,” Adams said. “He wasn’t just a coach to us. He was a friend and a mentor. He’ll be missed by many people.”

Jonny Breuer played for Nystrom from 2003-05 and coached one year with him. His father also played for him.

Brewer said the biggest thing for Nystrom was accountability. Nystrom always made sure that each player knew his role on the team and stuck to that role, putting forth his best effort as both an individual and for the team.

Brewer said he enjoyed coaching with Nystrom and was impacted by how he wanted his players to understand the importance not only of what they can gain from high school hockey but real life experience.

“He is an icon in the community and an important figure for anyone who played high school hockey,” Brewer said. “It was an absolute honor and a privilege to be able to have him as my head coach.”

Dustin Trail was another player and assistant. He said he helped out the team the last four years and was Nystrom’s assistant this last year.

Trail described Nystrom as a pillar on the high school team. He said the coach taught him how to work hard and deal with adversity and challenges.

Though he won’t be a coach anymore, Nystrom said he still plans to attend as many home games as he can. He also plans to stay busy attending his grandchildren’s sporting events.

Nystrom’s resignation has yet to be formally voted on by the Albert Lea School Board. Wacholz said once the retirement is approved, the district will open up the position for applications.