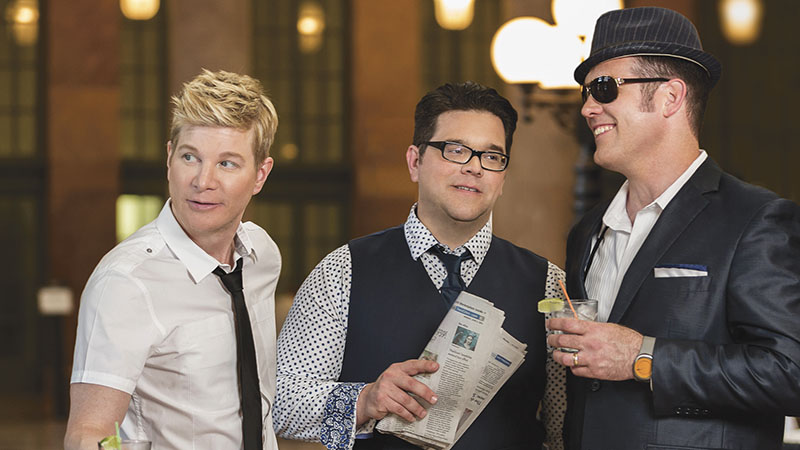 An Emmy award-winning a cappella trio from the Midwest will return to Albert Lea on Saturday for a performance at the Marion Ross Performing Arts Center.

Started at St. John’s University in central Minnesota, Tonic Sol-fa has toured extensively throughout the United States and abroad — at everything from festivals and private shows to sold-out tours of theaters and small arenas.

The group reached national prominence with appearances on NBC’s “Today” and in Newsweek magazine. They have shared the stage with many recognizable performers — including Jay Leno, Jeff Foxworthy, Lonestar and Garrison Keillor — and have sold more than 2 million copies of their albums.

Neil Lang, Marion Ross Performing Arts Center building manager, said Tonic Sol-fa was well-received during its first performance in March 2016, and he received a request to bring the group back. He also commented about their impressive stage setting.

According to the Tonic Sol-fa website, the members have overseen and operated the business of the group from the onset with only a small team of driven supporters acting as managers, lawyers and publicists. Revenue has increased from a few thousand dollars in the first year to a multi-million dollar limited liability company today.

The group has overcome many obstacles since its inception and has grown in popularity thanks in large part to the internet and social networking sites.

It was inducted into the Midwest Music Hall of Fame and has won numerous contemporary a cappella awards for best pop album, gospel song and Christmas original.