Irreplaceable birthday for area car enthusiast and his entire family 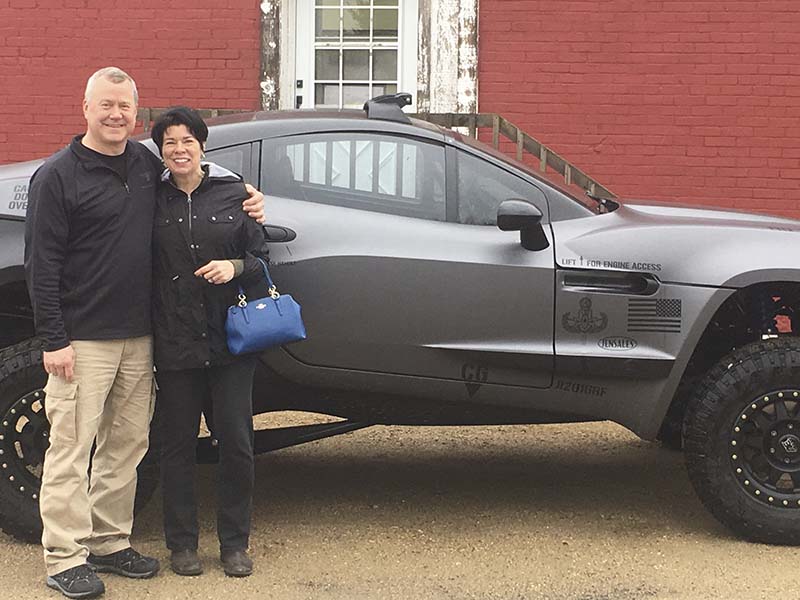 Paul Jensen and his wife, Jennifer, in front of Provided

Jensen, of Alden, spent the week of his birthday in Murrieta, California, building a car. And not just any car.

“It is a component car, similar to a kit car but you build it with a team from the manufacturer, called the Local Motors Rally Fighter,” Jensen said.

Jensen and his wife, Jennifer, along with children, Emily and Odelia, worked for a week in November at the shop of a company named Local Motors. The group began the build Monday, Nov. 14, and finished on Nov. 18, which was Jensen’s 50th birthday.

This car, a Rally Fighter, is just one of the many engineering concepts put onto the streets. The Rally Fighter, according to its website, is a fully capable off-road prerunner, with the amenities and luxuries of an everyday on-road vehicle. A rugged tube chassis construction complemented with the best OEM and performance off-road parts, and all the requisite creature comforts one could desire. This 50-state street legal off-road machine is at home on the open road, the daily commute and on the most challenging terra firma you can throw at it.

“A car, that has amazing capabilities,” Jensen said. “It is similar to a Baja race car but it is still a street-legal car, albeit one with 430 horsepower, 20-plus inches of wheel travel, full tube chassis and roll cage that can be jumped four feet in the air.”

“We talked about different things to do to celebrate, and the company has such rapid engineering it began to intrigue me years ago,” Jensen said. “When I talked to my wife about the idea, she was totally onboard.” 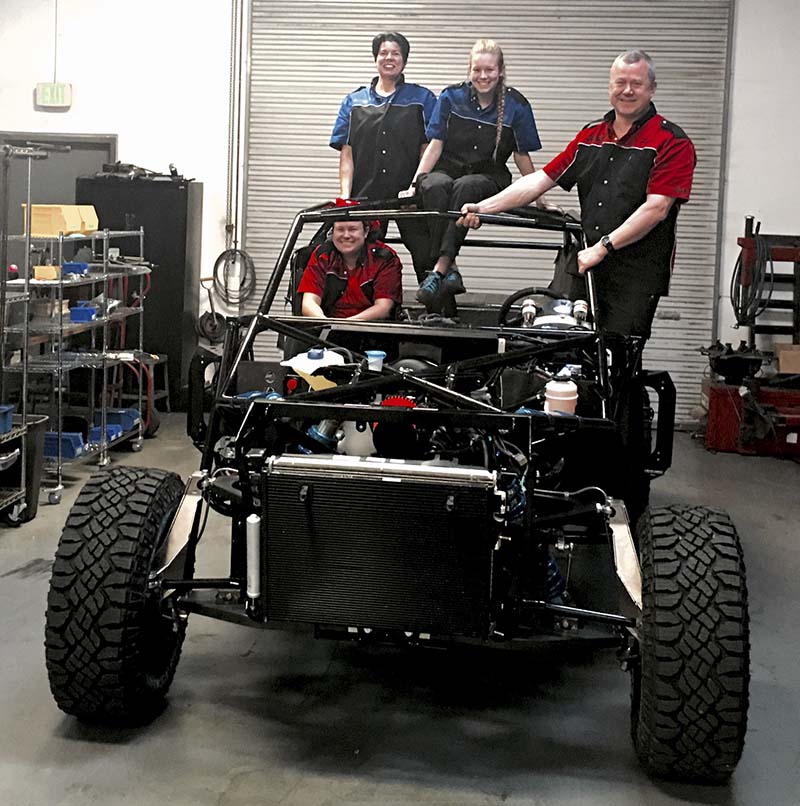 Paul Jensen and his family, Jennifer, Emily and Odelia. – Provided

The Local Motors website states, “We aren’t here to build vehicles, we’re here to reinvent them,” participates with co-creation tools. “We invite the community to participate in projects using co-creation tools to submit ideas, compete in challenges, create new solutions, and provide additional feedback and discussions.”

The street-legal car is not only the first one in the state of Minnesota, but is the only one in the entire Midwest.

“This car is one of 84 in the world,” said Jensen, with car numbered 0083. “It’s something that I always dreamed of doing, but would never get to build something like that in my own shop.”

The family began on Monday with the company’s build team. They were given a daily schedule for assembly, generally lasting eight hours a day.

“When we were done building on Friday, it’s a rolling chassis,” Jensen said.

With a running car the final day, Jensen said they were able to drive it around the block.

“They finish the vehicle by mounting the body, doing final wiring, putting in the A-C, glass, wrapping the car, etc.”

Knowing he would be unable to drive the vehicle in Minnesota during the winter, he was onboard with the company’s timeline.

“It takes time to put in the extra options,” he said. “Each is built to specific wants, so things like upgraded suspension, shocks, heated seats — each vehicle built takes them time.”

The vehicle was delivered to Jensen last Friday.

“It was neat to finally see it,” he said. “It’s just a real cool car that’s meant to be used. I will be doing that on my motocross track on a fairly regular basis.”