Legislation would create registry of firefighters across Minnesota with cancer 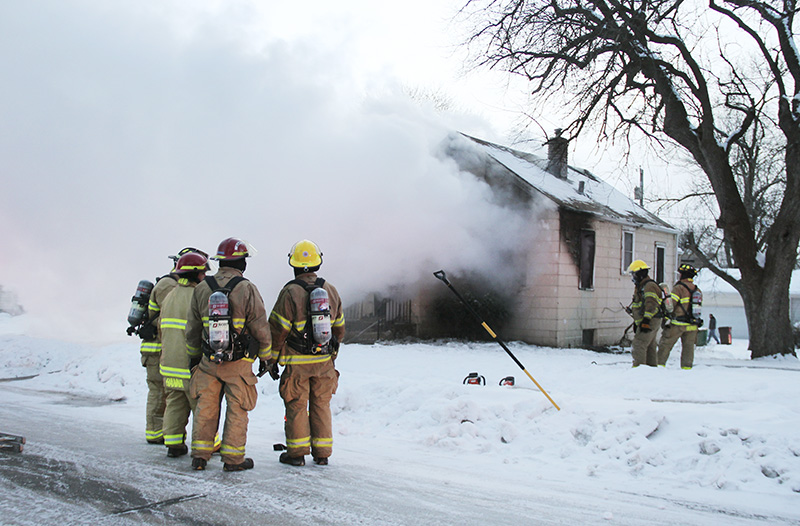 Firefighters wait outside of a house at 515 Pillsbury to receive commands as a few others fight the fire from inside. - Sarah Stultz/Albert Lea Tribune

In light of research showing that firefighters have a higher chance of developing cancer than the general population, a local legislator has introduced a bill to create a state registry for firefighters with cancer.

The registry will enable researchers to conduct focused research on cancer incidences among firefighters to improve safety precautions and safety protocols for firefighters, in the hopes of reducing cancer rates, said District 27A Rep. Peggy Bennett. The legislation is meant to address an occupational safety and health report that found firefighters are at an increased risk of malignant mesothelioma, lung cancer and leukemia, among other forms of cancer.

Under the legislation, the commissioner of health will establish and maintain a voluntary patient registry to collect data on cancer cases among firefighters to monitor cancer rates and to collect, consolidate, store and make public epidemiological information related to cancer trends among firefighters. Firefighters would be kept anonymous in the survey.

A federal bill that also creates a cancer registry has been introduced, as well.

Boss and Laskowske have since returned to work following treatments, but Johnson died in October.

The legislation is meant to address an occupational safety and health report that found firefighters are at an increased risk of malignant mesothelioma, lung cancer and leukemia, among other forms of cancer.

The increased incidence of cancer among firefighters has been attributed to firefighters’ exposure to substances such as asbestos, lead, and gases and fumes when responding to calls.