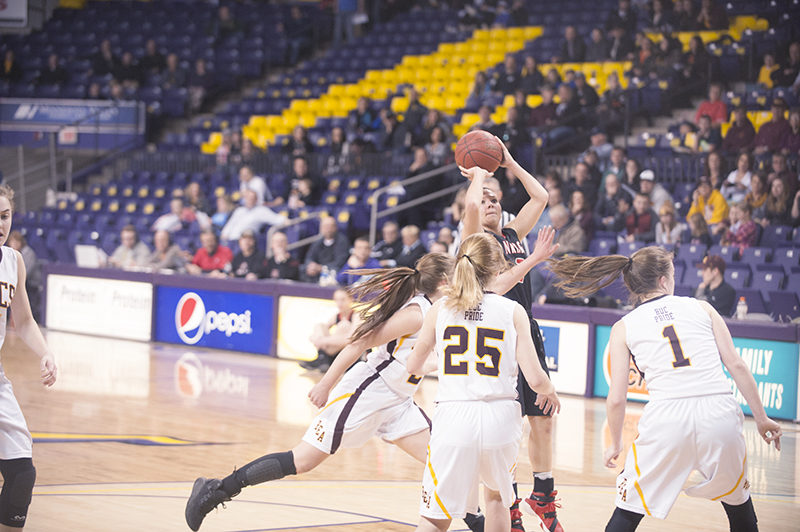 NRHEG's Marnie Wagner pulls up for a jump shot in the first half Tuesday night. - Jarrod Peterson/Albert Lea Tribune

MANKATO — The NRHEG girls’ basketball team was one win away from the section finals when it played Blue Earth Area in a sub-section final at Minnesota State University-Mankato on Tuesday night.

The two teams matched up two weeks ago, a game in which NRHEG beat Blue Earth Area 62-43.

The Panthers jumped out to an early lead, then had to survive a second-half run by the Buccaneers before pulling away late to win 59-39 to advance to the section title game.

Marnie Wagner paced the offense early on, scoring the first four points of the game. Rachel Collins added a steal and a hoop to make it 6-0 as the Panthers defense settled in. The Bucs were held without a point until 13:18 left in the first half, but during that same span, the Panthers were unable to take advantage. The Panthers missed several layups early in the game, but still led 6-1.

Two buckets from Betsy Schoenrock sandwiched a Blue Earth hoop to make it 10-3. 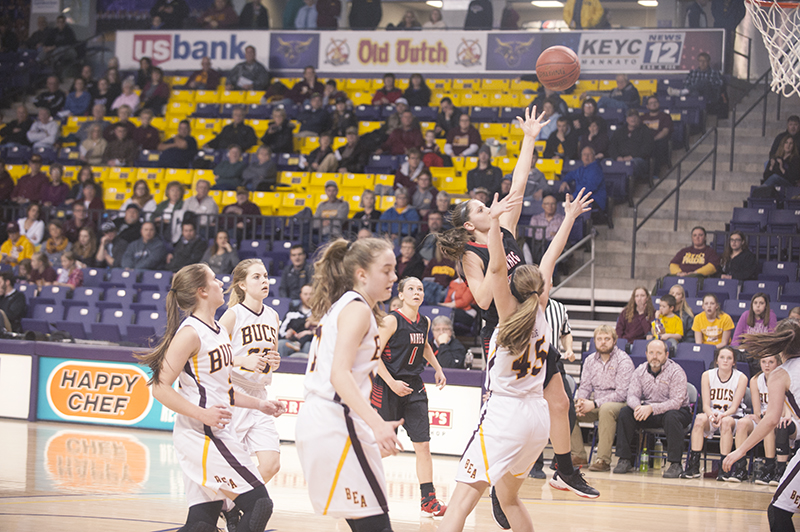 Later in the half, Marnie Wagner scored back-to-back hoops to make the score 17-6. Her sister, Maddie, then buried a triple and the Panthers offense seemed to find its groove. Kayla Camerer had a great hustle play on the Panthers’ next possession, when she ripped away an offensive rebound from an opposing player and dished it to Schoenrock for an easy two points. On the ensuing possession, Marnie Wagner found Camerer cutting to the basket for two points.

Down 25-10 at the end of the half, the Bucs had to do something to generate some momentum going into the locker room. They got it from Caitlin Rorman, who buried a three-pointer. Then she stole the ball and was fouled going to the hoop. She converted on the two free throws, cutting the Panthers’ lead to 10 points. 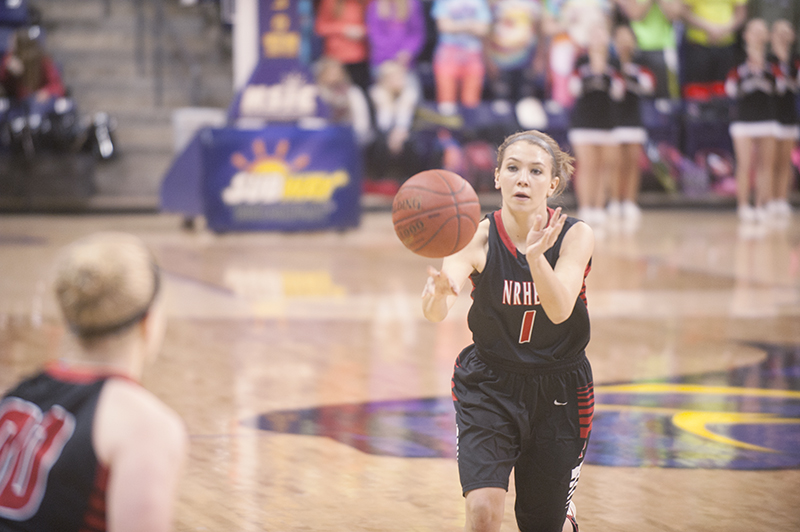 In the second half, the game slowed down. Blue Earth Area went into a zone defense and NRHEG responded by passing the ball around the perimeter for the first two minutes of the second half. However, both teams had trouble scoring the ball.

Later in the half, down 33-18 with just over nine minutes left, the Bucs made what would be their final run of the game. Samantha Barslou hit two three-pointers during the run to cut the deficit to eight points, 33-25.

But as soon as the Bucs cut into the lead, the Panthers added back to it. Maddie Wagner scored consecutive hoops. Coming out of a timeout, Rachel Collins buried a three-pointer from the corner to make it 40-25. Collins would dagger the Bucs with another three just moments later to make it 46-31.

NRHEG will play Norwood-Young America at 8 p.m. Friday back at Minnesota State University-Mankato.