Working to help their community 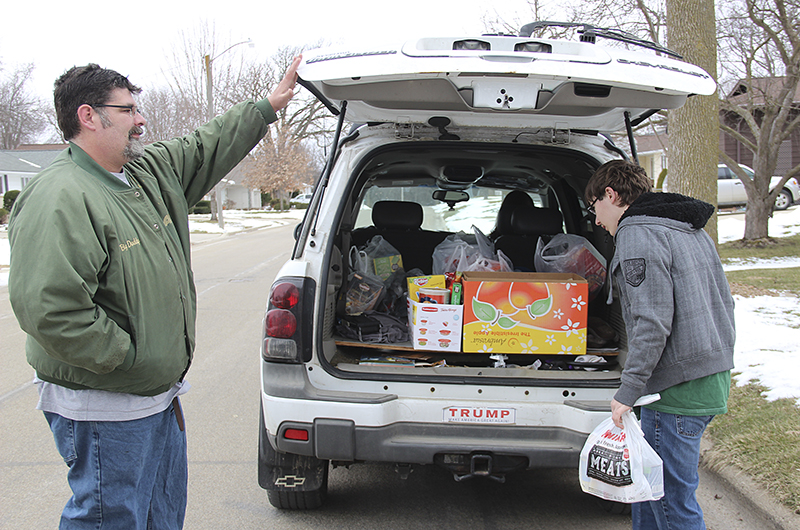 Vaughn Ravlin opens the trunk of his vehicle Saturday as his son, Devin Ravlin, puts food in it for Scouting for Food. - Sarah Stultz/Albert Lea Tribune

Area Scouts and their families collected food from around the community on Saturday during the annual Scouting for Food drive.

Organizer Gina Wadding said the goal for the food drive was 4,000 pounds, which would be divided equally between the Albert Lea Salvation Army food shelf and the Ecumenical Food Pantry at First Presbyterian Church.

The event asks people to put out nonperishable food items in a bag outside of their homes, and then Boy Scouts and Cub Scouts travel around the community gathering the donations. 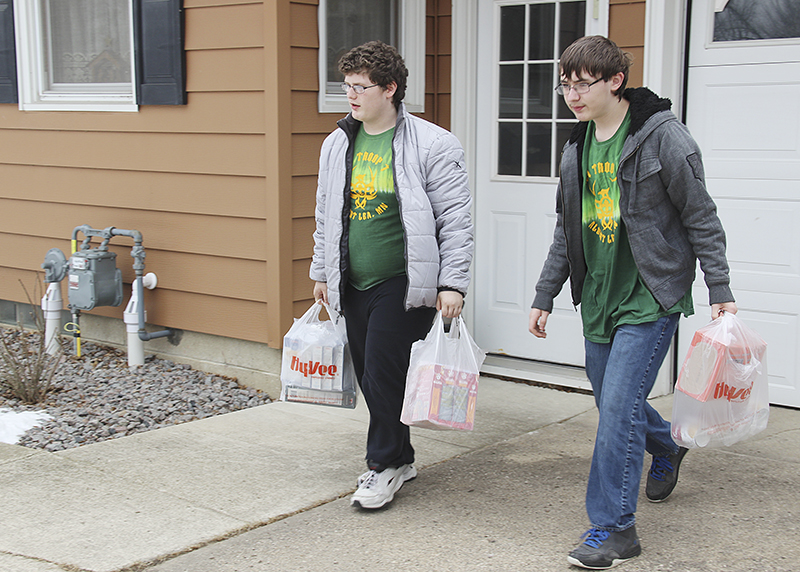 Scouting for Food is the Boy Scouts’ National Good Turn American Project, and it is done nationwide.

Wadding said the event teaches the boys the benefits of serving in their community.

“I hope they get inspired to keep doing these good things for the community,” she said.

She thanked all of those who volunteered, the Boy Scouts leaders and the people who donated food.

How many pounds the drive raised was not available as of press time. Look to the Tribune later this week for how much food and donations were collected.

Connor and Devin Ravlin — 14 and 13, respectively — have been participating in the food drive with their parents for about nine years. They said they enjoy running around town and helping people.

Wadding said donations will be accepted through Tuesday if people were not able to leave their food out on Saturday. The Ecumenical Food Pantry is open on Tuesday, and the Salvation Army is open on Monday and Tuesday.