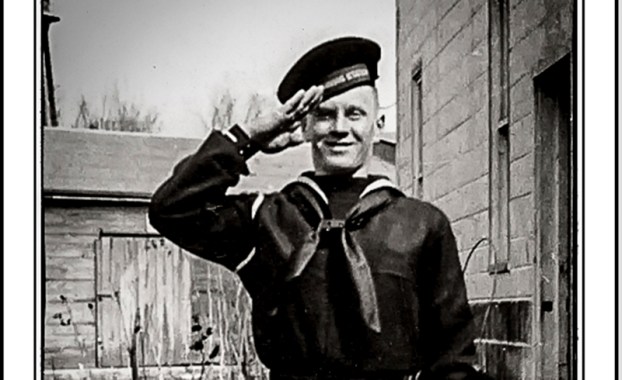 The year was 1941. A young sailor named Glaydon Iverson was spending time with his family and friends in Emmons while on furlough. His loved ones didn’t know it then, but that would be the last time they’d see him alive.

On Sept. 11, 1941, he boarded the USS Oklahoma in San Francisco. Nearly three months later, the USS Oklahoma capsized in the attack on Pearl Harbor during World War II. The ship suffered over 400 casualties. The majority of those casualties would remain unidentified, including those of 24-year-old Iverson — until now.

Over 75 years later, he is finally coming home. 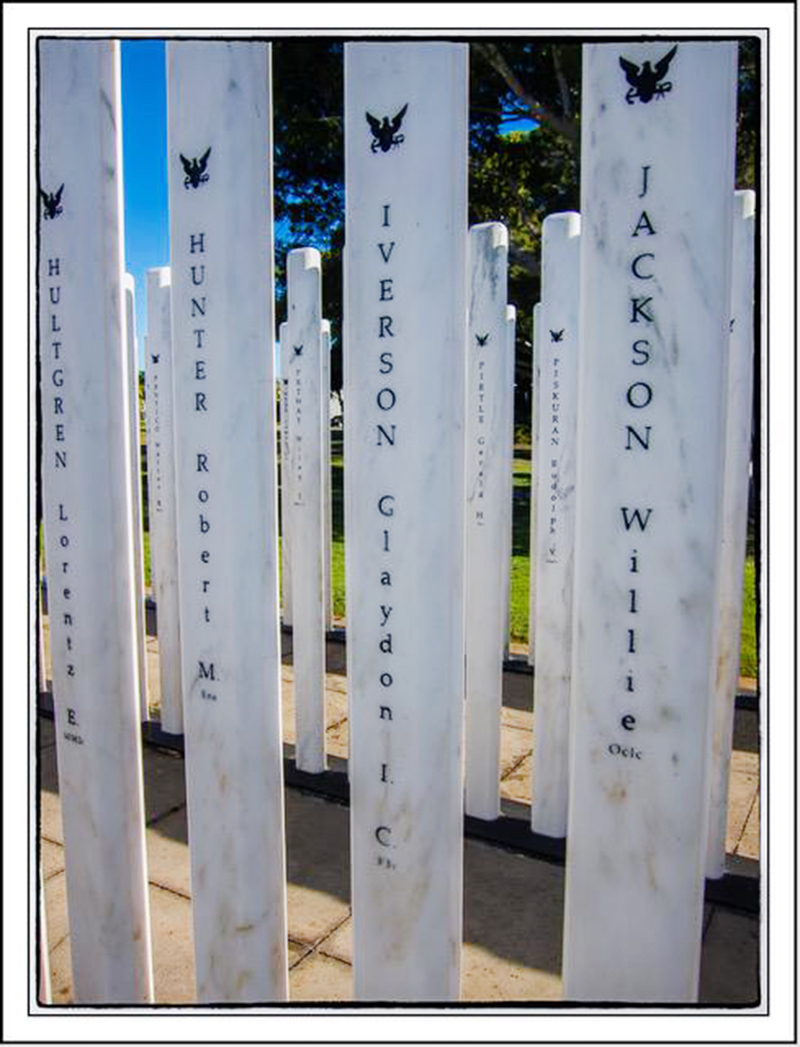 The only marker remembering Glaydon Iverson for decades has been in a Pearl Harbor memorial in Hawaii. Iverson’s remains will come home to Minnesota in May to be buried in his final resting place. – Provided

A date which will live in infamy

In the early morning hours of Dec. 7, 1941, hundreds of Japanese fighter planes attacked the American naval base at Pearl Harbor near Honolulu, Hawaii. The attack lasted about two hours, but left devastation in its wake. It destroyed 20 naval vessels, including eight large battleships and more than 300 airplanes. The worst of the casualties, though, was the 2,000-plus American soldiers and sailors who died in the attack, and the 1,000 who were left wounded. The next day, President Franklin Roosevelt asked Congress to declare war on Japan, causing the United States to join World War II nearly two years after the conflict had started.

‘It was too much’

Glaydon Iverson’s parents Edwin and Anna (Trytten) Iverson received two separate telegrams at their Emmons home following the attack on Pearl Harbor. The first one told them their son hadn’t been located, and the eventual second one essentially said that while his remains had not been found, he was presumed dead. According to his nephew, Gary Iverson, his uncle was the first Freeborn County casualty of World War II.

It took years to pull all the wreckage out of the water following the attack, with the only ship damaged worse than the Oklahoma being the USS Arizona.

Gary Iverson was born after the untimely death of his uncle. His father, Franklin Iverson, served during World War II as well. About 1 1/2 years younger than Glaydon Iverson, he was wounded twice in Germany while serving in the European Theater.

The war wasn’t a subject talked about much in the Iverson family, as it was too sensitive and painful, Gary Iverson said. Gary Iverson said that his parents initially wanted to name him after his uncle, but as his grandmother was still living, decided it would bring up too many painful memories. The namesake eventually went to his younger brother years later.

“It was never talked about,” Gary Iverson said. “It was too much.” 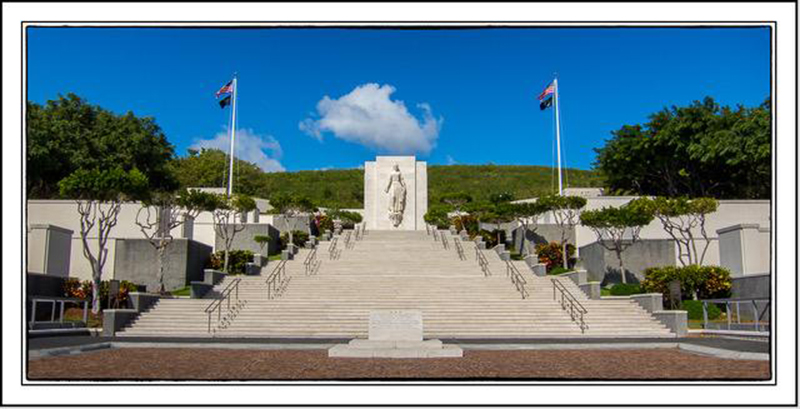 Gary Iverson has been to Pear Harbor four times, including for the 75th anniversary of the World War II attack, to see the memorial for the unidentified soldiers and sailors lost — among them his uncle, Glaydon Iverson. – Provided

In November 2011, Gary Iverson got a phone call saying that a certified genealogist had been hired to find relatives of sailors lost on the USS Oklahoma to get DNA samples to identify remains. He said DNA from Glaydon Iverson’s maternal relatives was needed. With Glaydon Iverson’s immediate family being deceased, and his only sibling being Gary Iverson’s father, extra steps needed to be taken to track down relatives with viable DNA.

The DNA samples were eventually given by two first cousins once-removed. Gary Iverson followed up with a Navy commander, who said that allocating funds was delaying the processing of the DNA samples. It was in 2015 that the process finally began to try to attempt identification.

In December 2016, after coming home from attending the 75th anniversary ceremony of Pearl Harbor with his two sisters, Gary Iverson received another phone call telling him that — unofficially — his uncle’s remains had been identified. At the end of March, the family was finally given official confirmation that their uncle had been found.

“It’s nice to have closure,” Gary Iverson said. “It’s closure that we never thought we’d have.” 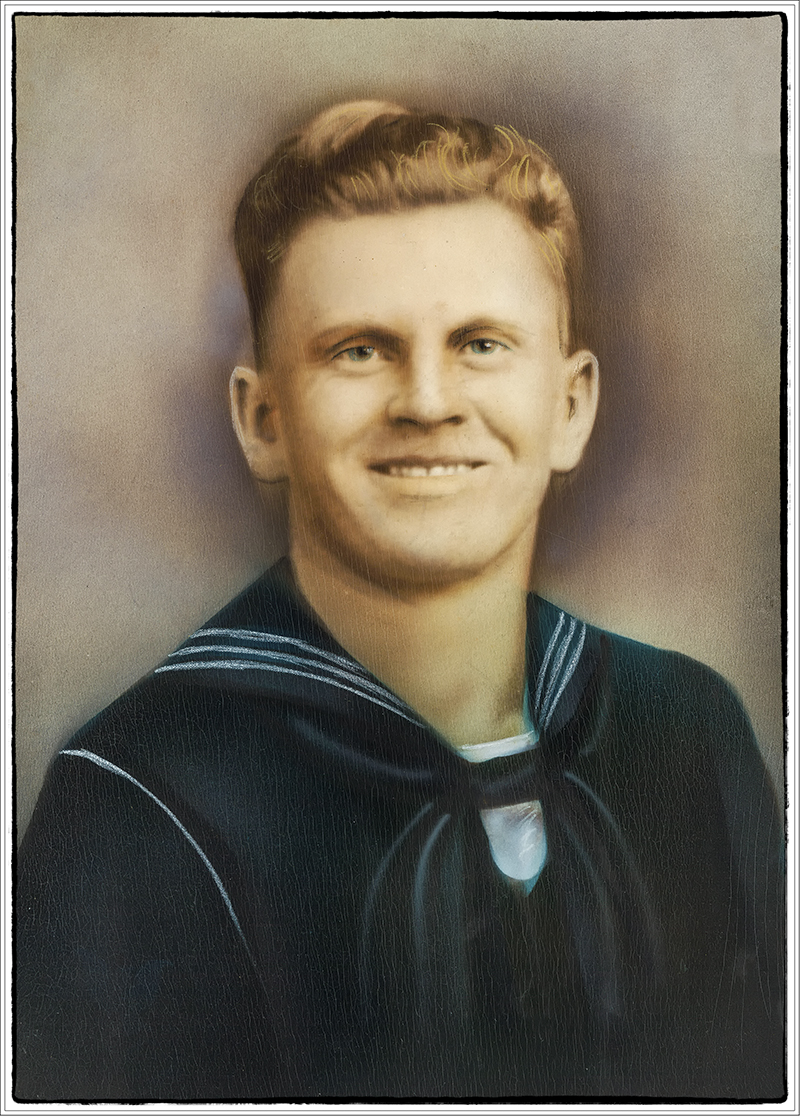 Glaydon Iverson was aboard the USS Oklahoma on Dec. 7, 1941, when Hawaii’s Pearl Harbor was attacked during World War II. – Provided

Gary Iverson said the years of not knowing have been hard. At one point, he considered giving away the cemetery plot reserved next to his grandparents that had been saved for his uncle. Luckily the space was kept, as it will soon act as the final resting place for Glaydon Iverson.

His family started to work on funeral arrangements months ago, which made them easier to put into action this past week.

Glaydon Iverson will receive full military honors, including an escort on the flight from Hawaii to Minnesota at the end of May. There will be planeside honors for his Minnesota arrival, and Gary Iverson said different veterans groups have already said they’ll escort his uncle down to Mittlestadt Funeral Home in Lake Mills. He said local veterans will coordinate through the Emmons American Legion for in-town honors.

Glaydon Iverson’s visitation will be from 5 to 7 p.m. May 26 at Mittlestadt Funeral Home, 902 E. Main St. in Lake Mills. His funeral service will be at 1:30 p.m. May 27 at Emmons Lutheran Church, 490 Pearl St. in Emmons. A burial with military honors will follow at Oak Lawn Cemetery. Gary Iverson said anyone who wishes to pay their respects to his uncle is more than welcome to do so, and said the support his family has received through the whole ordeal has been heartwarming.

“It’s hard not to get emotional talking about it,” he said. “We’re really appreciative of everyone’s thoughts and prayers and wanting to be a part of it.” 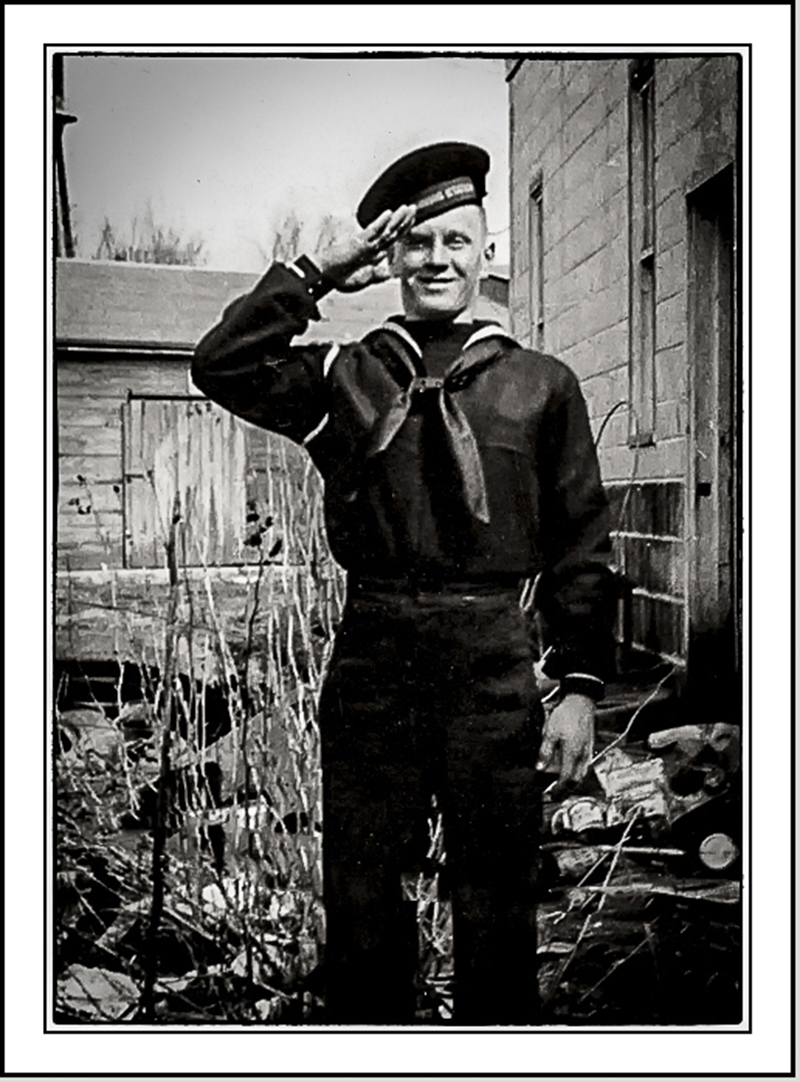 Glaydon Iverson, an Emmons native, was killed in the attack on Pearl Harbor during World War II. It has taken over 75 years to identify his remains and bring him home to Minnesota. – Provided