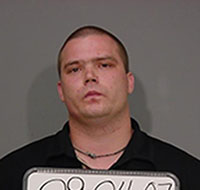 Court documents state Whelan was charged after law enforcement officers responded April 23 to a report of a missing woman. The woman is reportedly a vulnerable adult with a diminished mental capacity.

Once the alleged victim returned home, she reportedly stated a man had offered to take her home from an Albert Lea bar, but instead of doing so had taken her back to his residence and raped her.

Court documents state Whelan told law enforcement he took the woman to his home and denied sexually assaulting her. He said they had consensual sexual contact. He reportedly admitted knowing that the woman was mentally challenged and did not speak well.

Judge Gerald Wolf set conditional bail for Whelan at $100,000. His next court appearance is scheduled for May 11.