Al Batt: How do they count monarch butterflies on winter roost in Mexico? 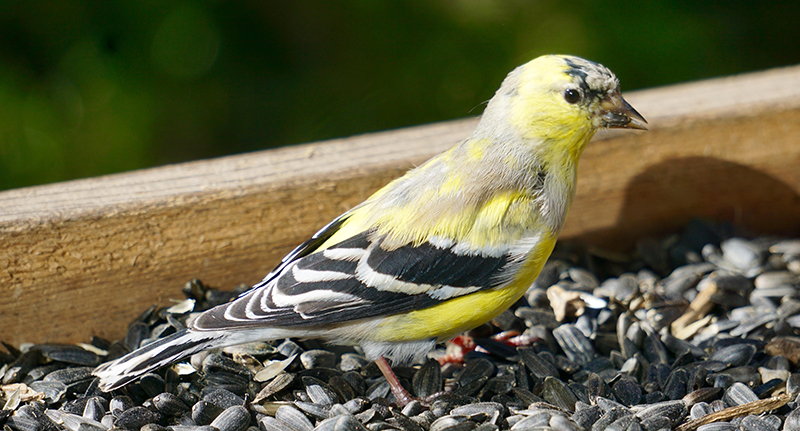 I cranked open a window of the house and inhaled the joy of the day.

Chorus frogs called, sounding like thumbnails being run down the teeth of a comb. Chickadees made their “chick-a-dee-dee” calls. Research has found that the number of “dee-dee-dees” that a chickadee gives is an indication of its level of concern in response to a perceived threat. A few “dees” and the bird is not overly concerned. A longer string of “dees” is an alarm for other species that a predator is near.

The day was as soft as sunshine when an eastern phoebe returned to my yard during the first week of April. As it perched on a tree branch, ready to hawk insects, it wagged its tail.

As the phoebe demonstrated the amazing art of flycatching, robins, down-to-earth birds, looked for worms. They may look like they are listening, but they are watching for worms. It wasn’t just the early birds who were hunting. The late birds searched for food, too.

A kestrel perched on a utility wire near the road. Kestrels eat mostly large insects, but eat a lot of mice and voles, too. American kestrel populations in the U.S. have dropped by nearly half over the last 45 years.

In “White Room” by Cream, the lyrics say, “In the white room with black curtains near the station. Black roof country, no gold pavements, tired starlings. Silver horses ran down moonbeams in your dark eyes. Dawn light smiles on you leaving, my contentment.”

Starlings flew in and mounted an attack upon the suet. The suet disappeared quickly under the assault of the beaks of starlings, starlings far more ravenous than tired.

If you want to see the world, look out a window.

“How do they count monarch butterflies on their winter roosts in Mexico?” Scientists measure area because estimates of individual butterflies in a colony vary too widely to be reliable. That said, even area guesses vary. Such estimates range from 10 to 50 million monarchs per hectare. Others say 10 to 20 million per acre. A hectare equals 2.471 acres.

“How can I stop hawks from hunting the birds in my yard?” My yard becomes hunting grounds for accipiters (Cooper’s hawks and sharp-shinned hawks) for a bit of time each year. They do prey upon other birds. Here are some suggestions. We all need shelter. I can prove it. The Rolling Stones had a hit song titled, “Gimme Shelter.” Proof doesn’t get any proofier than that. Providing natural cover for small birds is the best way to protect them from hawk attacks. Dense trees, shrubbery and brush piles are suitable and should be within 10 feet of bird feeders so small birds can reach it quickly when they feel threatened. Choose plants that provide seeds or fruits for the birds. Place bird feeders in covered areas such as under an awning, umbrella or low tree branches where the canopy offers visual shielding from hawks. Avoid ground feeding, as birds that feed upon the ground, such as doves and sparrows, are vulnerable to hawk attacks. Use bird feeders that include wire cages that protect perches and feeding ports, or build a cage around existing feeders. This allows small birds to access the food in relative security since larger birds, including hawks, will not be able to reach them. This doesn’t prevent small birds from panicking at a hawk’s approach, but it does buy time for escape. If hawks are stubborn, remove bird feeders for a week or two. The hawk should move on to happier hunting grounds, but the songbirds should return when you resume feeding.

“How can I tell a male and a female robin apart?” The males come to our yards Bob-Bob-Bobbin’ along. Holler “Bob” at a robin. If it looks at you as if to say, “What?” it’s a male. Females will ignore you. Every man knows that feeling. Compared to male robins, females have paler heads that contrast less with their backs.

“No matter who says what, you should accept it with a smile and do your own work.” — Mother Teresa

“Friendship consists in forgetting what one gives, and remembering what one receives.” — Dumas The Younger