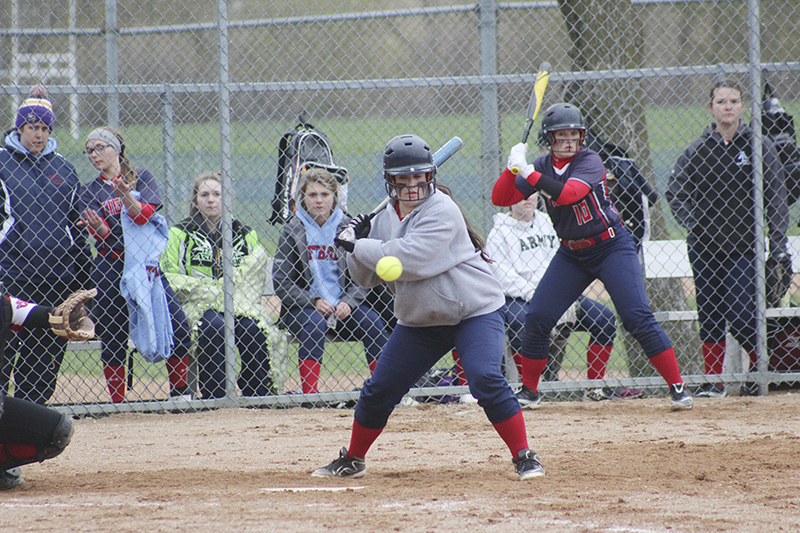 The weather was less than ideal for a home-opener, but the Albert Lea softball team did its best to survive a cold wind and gloomy sky as it welcomed Mankato West to Hammer Field on Thursday afternoon.

Coming in, the Scarlets had a record of 2-2, and in their two losses had managed to score just one run.

In the two wins? Twenty-nine runs were tallied.

Unfortunately for the Tigers, the Scarlets were on their game.

An 11-run fourth inning ignited Mankato West’s offense on its way to a 15-1 win over Albert Lea.

The Scarlets offense got to Tigers’ starting pitcher Megan Johnson in the first inning. Mankato West scored three runs in the opening frame.

It would add another run in the second inning.

Albert Lea would get on the board in the third inning, scoring a run on a wild pitch by Scarlets pitcher Briggs Carlson.

But the Tigers would run into some big trouble in the fourth inning.

Hannah Rode, who started the inning with a single, would also be the one to cap off the inning.

Rode came around to score after a first-pitch homer by Brooke Pahl. A walk and single followed, then three straight RBI hits would occur before Rode cleared the bases with a towering grand slam to left field.