Column: Democrats out of ideas, are attacking free speech

My Point of View, By John Forman

John Forman of Albert Lea is a member of the Freeborn County Republican Party.

I was a Freeborn County delegate to the 1st District Congressional District (CD1) Republican Convention a couple of weeks ago and have a few comments on area politics. For an off year convention it was fairly well attended, an indication of continued interest in politics in the area. One of the topics of discussion was town hall meetings or the lack of them on the state and local level. During the presidential election year, Democrats and their liberal friends in the entertainment field were sending people to break up Trump meetings. They had no intention of discussing issues but only to yell down speakers, block entrances and generally cause trouble. The news media’s portrayal of these goons as an example of free speech has encouraged them to continue to use these tactics. 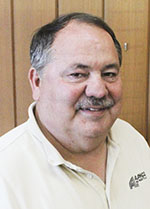 The Democratic Party in Minnesota is continuing to use these tactics to break up town hall meetings around the state that are being held by Republican legislators, and the media continues to call these goons free speech demonstrators. Have you seen these tactics used by conservatives on Democratic representatives? The answer is NO. Conservatives believe in free speech for all. The truth is these Democratic protesters are denying free speech to their political opponents. They are also denying the people of Minnesota the chance to hear from their duly elected representatives. Until the media recognizes and reports on these thinly disguised goon squads and their true goals, we will not be able to have the open informational meetings we deserve with our representatives. The sad truth is, our representatives have kept the lines of communications open with email, phone and smaller meetings rather than have to engage in yelling matches.

The true conclusion that can be drawn from their continuation of these goon squad tactics is that the Democratic Party of Minnesota is out of new ideas of their own so they need to attack free speech, rather than debate on the issues. They lost the presidential election in spite of their tactics of breaking up Trump rallies, or maybe because it showed their lack of good ideas. Let’s hope the people of Minnesota will see their tactics as an attempt to limit free speech rather than an attempt to use free speech to yell down opponents.

Some would say our representatives are afraid to have these open meetings, but the way I see it, these demonstrators have turned these meeting locations into pig pens, and when you get into a fight in a pig pen everyone comes out covered with mud. It’s better to stay out of the pig pen.

The Freeborn County Republican Party is hoping to have a get-together to celebrate President Trump’s first 100 days in office. I wonder if we will need to plan for security to get people in and out.