Eugene “Gus” Carroll Obermeyer, 72, of Bricelyn died Friday, April 21, 2017, at St. Marys Hospital in Rochester. Memorial services will be at 11 a.m. today at Bricelyn Lutheran Church in Bricelyn. The Rev. Nancy Dreier will officiate. Visitation will be from 9 to 11 a.m. at the church just prior to the service. Military honors will be accorded by the Kiester American Legion Post No. 454. Bruss-Heitner Funeral Home in Wells is assisting the family. To leave an online condolence, visit www.brussheitner.com.

Gus was born July 14, 1944, in Albert Lea, the son of Harry and Helena (Ahnemann) Obermeyer and was raised on the family farm in Kiester Township. He went to school in Kiester, completing high school at the Southern School of Agriculture in Waseca in the class of 1962. Gus was proud to serve in the United States Air Force from 1965 to 1968, returning home to farm with “Pa” and his brother, Owen. 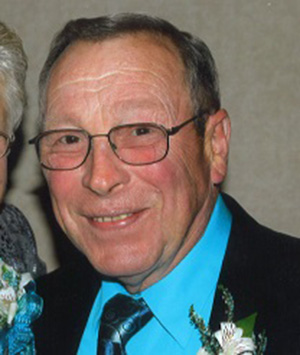 He was united in marriage to Sandra Weyhrauch on Feb. 2, 1972, in Kiester and moved south of Bricelyn soon afterwards. To this marriage three children were born, Heidi, Jason and Adam. All his life, Gus loved being outside working the land in farming and gardening. He also enjoyed working at Mrs. Gerry’s Kitchen.

Gus was a member of Bricelyn Lutheran Church serving as a deacon, soloist, usher, confirmation mentor and youth group advisor. He served on the Bricelyn school board and was the Seely Township Clerk for 12 years. Gus enjoyed fishing trips in northern Minnesota with his family, spending time around a bonfire, his garden and quiet time on his favorite swing.

Gus shared his faith and love with those he was around. His family said they are blessed to have been touched by his life in a profound way.

Gus was preceded in death by his parents; two brothers; and numerous loved ones.