My Albert Lea property tax went up by 23 percent this year, based on a $36,000 increased assessment of market value and $39,000 increase of the taxable value of my house. My bill soars above Minnesota’s percentage-of-value average, and a calculator on the Minnesota tax website indicates that a house with my assessed value located in Minneapolis would be taxed 20 percent less.

A little time on Realtor.com reveals that six homes on my block have sold in the past four years for between 38 percent and 90 percent of my current assessed value. I watched their prices tumble while those houses sat on the market for as long as five years. The house with a sale price closest to my current assessed value had some recent improvements, including a new kitchen. One neighboring house, with significant recent improvements, sold for more than my assessed value. Was my house under-taxed in previous years, justifying a correction this year? Definitely not. Did I build an addition? No. Did I install granite countertops or an open concept kitchen? No. 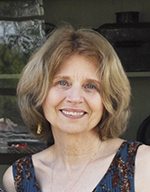 I cannot afford improvements. Since I bought the 117-year-old house in 2003, I have spent thousands trying to stop the roof from leaking and the sewer from belching its contents into the basement — investments necessary to stave off depreciation or ruination. Impressed visitors walk in and remark, “Boy, they don’t build them like this anymore,” but anyone who owns a century-old house understands the phrase “money pit.” My tax bill delivers another punch.

According to census data, 22 percent of Albert Leans are senior citizens with a median income of $29,000. I represent this group. Did my Social Security go up by 23 percent? No, after a freeze in 2015 and 2016, I got a third of a percent increase for 2017. Is the city using my increased property tax to add services provided by most towns, such as trash hauling or leaf pickup? I sure wish they were, but I believe the answer is another no. Am I being offered more services at the Senior Center? No, I used to receive their reduced-price snow removal, but a cut in that program resulted in their contractors charging me double what I pay independently.

I accept my civic responsibility to pitch in for roads, schools, police and fire protection and government. I do take advantage of Minnesota’s Homestead Property Tax Refund, and my state refund sharply increased this year because of my 23 percent increase and because my property tax bill is so far out of whack with my income. However, when my refund arrives in the fall, it will not cover the second half of my taxes. I am not the only senior citizen facing problems caused by Albert Lea’s excessively high property tax.

I don’t know all the reasons. Part of it must be those special assessments that I never voted for. Certainly, in my case at least, Albert Lea’s criteria for determining a home’s value is not always in line with the reality of what a person could actually sell it for in this rather flat real estate market. Maybe the city has so many nontaxed properties such as schools, churches, hospital and parks that they need to compensate by socking it to those of us who are actually taxable. Maybe Albert Lea has extended civic improvements beyond its ability to pay for them with reasonable tax revenue. But whatever the reasons, the current situation has created a problem for senior citizens on a fixed income, and I am not aware that anyone is offering a solution.