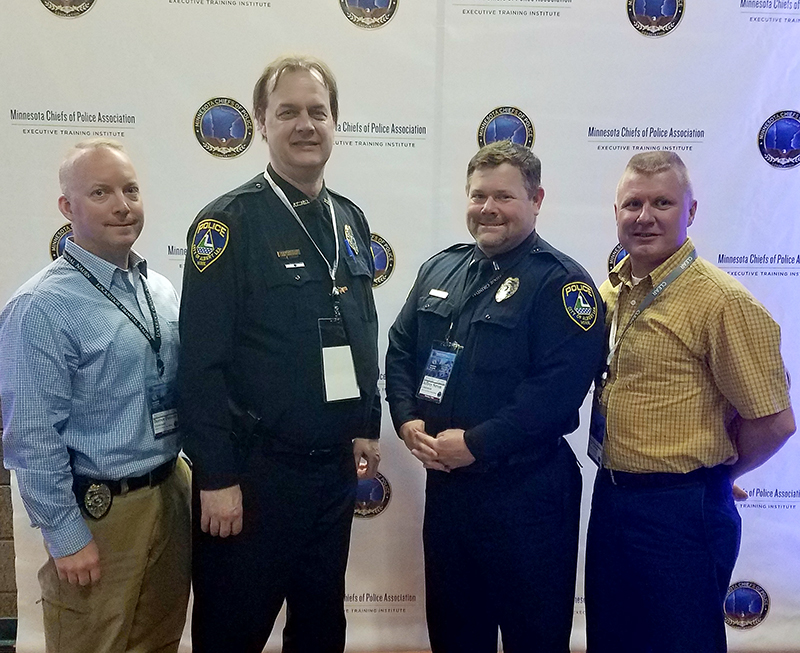 The Albert Lea Police Department was recognized Monday for its adoption of a retail loss-prevention program.

Through the program, police partner with store owners in sharing data, including suspect information, and commit to a rapid response that has helped Albert Lea police finish ahead of larger law enforcement agencies such as Bloomington, Metro Transit and Shakopee for the award, according to a press release.

“Through these continued collaborative efforts with our private-sector partners, successful outcomes have occurred,” said J.D. Carlson, Albert Lea deputy director of police, in a press release. “We’ve made numerous arrests for these types of crimes, and retailers have been educated and have decreased their losses since the partnership began.”

The awareness group meets at 1 p.m. the first Thursday of every month at the Freeborn County Courthouse.

There are organized shoplifting operations, Strom said, adding that they are often drug-fueled. Any retail business interested in participating in the program is advised to call Strom at 391-5254.

This year was the MCPA’s second annual Excellence in Innovation Award, which was sponsored by 3M and Axon. Nominees were judged by their level of innovation, program effectiveness, ability for other departments to replicate the initiative and the overall impact the program is having on the community or department.