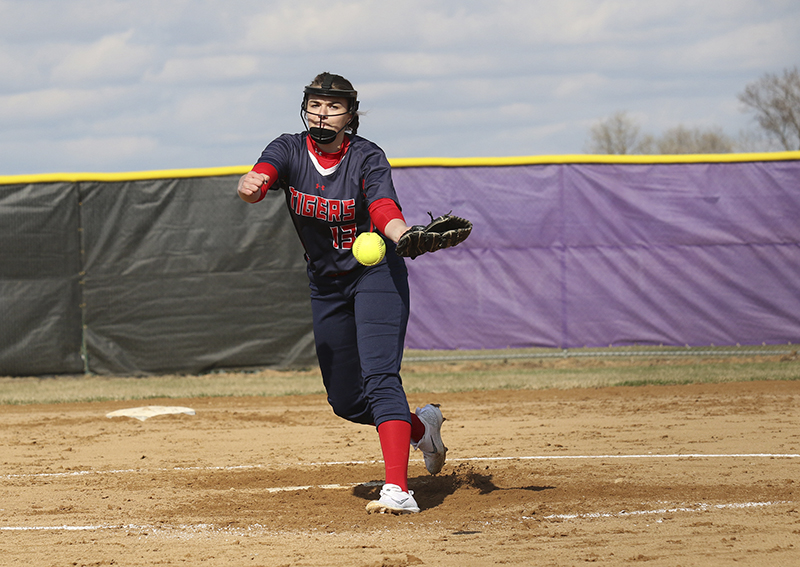 Albert Lea falls to Red Wing in Game 1, but rallies to take Game 2

The Albert Lea softball team took its 2-1 record on the road for its Big Nine Conference opener Tuesday afternoon in Red Wing.

After losing the opening game, the Tigers rallied past the Wingers to win the second game.

Albert Lea’s offense was held in check thanks to some strong defense by the Wingers.

Dayna Edwards found the outfield gap for a triple, then Liana Schallock knocked her in for the Tigers’ first run of the game. Later on, Samantha Skarstad would score Albert Lea’s second run of the game on a single from Mia Fjelsta. Red Wing would keep Albert Lea from scoring anymore runs and went on to win 7-2. 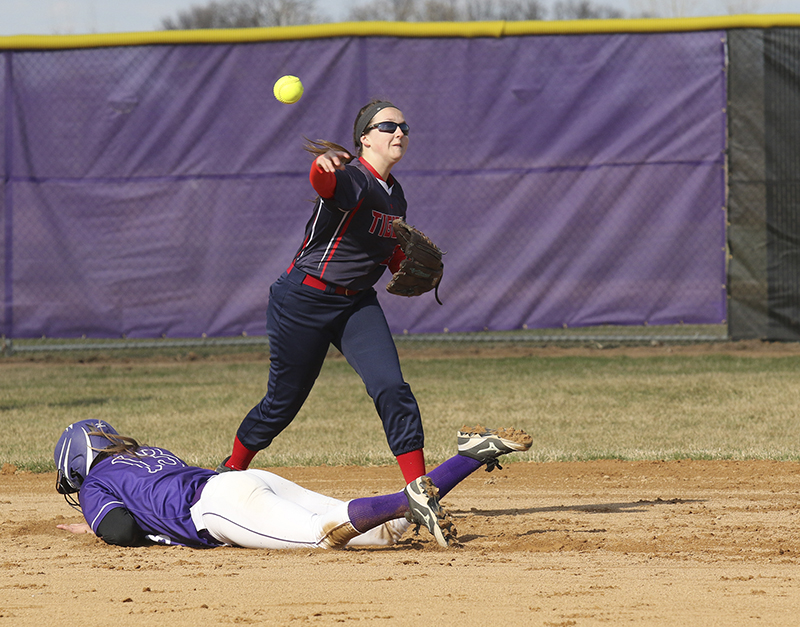 Albert Lea second baseman Taysha Sternhagen makes a throw to first base while trying to avoid a runner in Game 1 of a doubleheader against Red Wing. – Kyle Stevens/Red Wing Republican Eagle

Albert Lea struck first with four runs in the first inning and never looked back.

Edwards hit a single, then stole second base. In doing so, she forced a throwing error by the Red Wing catcher. Seeing that, Edwards chugged toward third base and headed for home for the first run of the game.

Bethany Tennis would blast a homer for the Tigers in the top of the fourth inning to put Albert Lea up 6-0.

The Wingers made things interesting, though.

Red Wing scored three runs in the bottom of the seventh inning to close the gap to two runs at 8-6.

But that’s all Schallock would allow inside the circle, as she closed the door to notch her second win of the young season.

“We did a lot of good things tonight,” Tigers coach Casey Kortz said. “But once again, we learned a lot about ourselves in what we need to work on. It’s a lot of little stuff to make the big things happen and we were able to do that in the second game.”