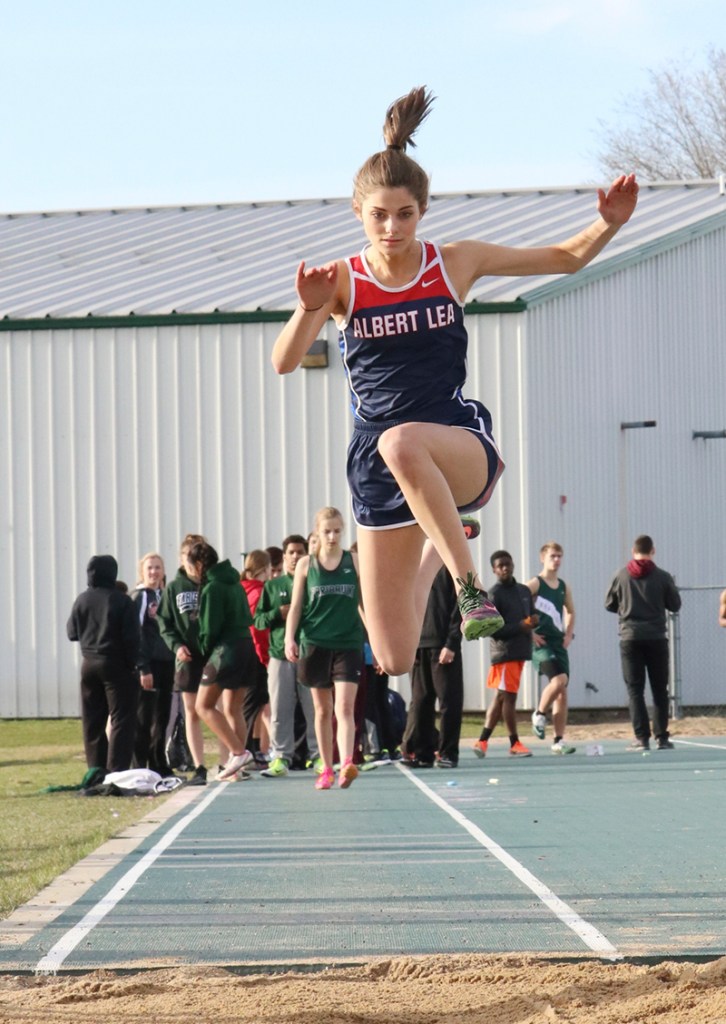 The Albert Lea girls’ track and field team got its season off to a good start Tuesday afternoon at Ted Nelson Track in Faribault.

Albert Lea placed fifth out of seven teams at the meet, and several Tigers finished with good results in a few events.

Leading the way for Albert Lea was Sarah DeHaan, who won the high jump event by a whopping 7 inches. DeHaan set a personal record in the event with a height of 5’5” to win.

Jaiden Venem took fifth in the 800-meter run. She clocked in with a time of 2:43, finishing 13 seconds behind New Prague’s Josie Hermann, who won the event.

Autumn Muilenburg, who went to the state meet in cross country, took second in the 1,600-meter run with a time of 5:45.73. Her effort fell 4 seconds behind Faribault’s Madelyn Skjeveland, who won the event.

In the long jump, Nyahoth Dup placed sixth with a distance of 14’1/2”.

Jaeda Koziolek also took sixth, but in the triple jump with a distance of 30’1/4”.

Both the Albert Lea boys’ and girls’ track and field teams will compete at 3:30 p.m. in Owatonna Thursday.