United South Central to host The Price is Right fundraiser 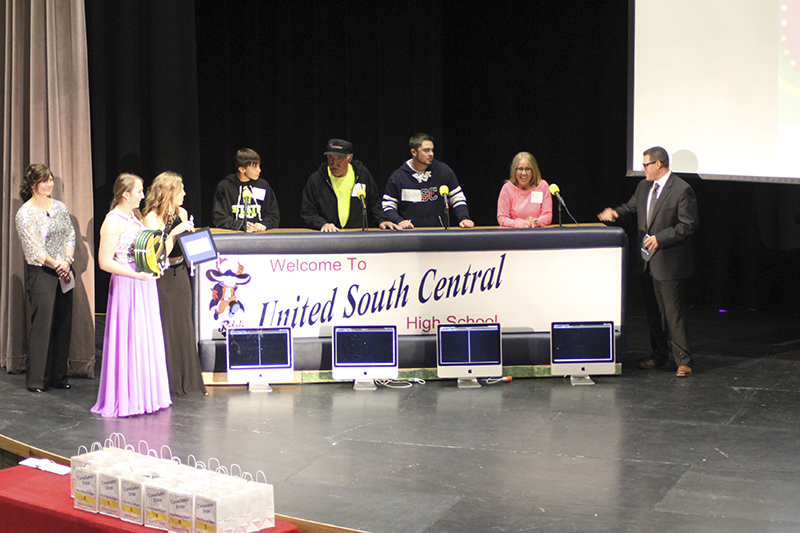 Contestants bid on an item at last year’s The Price is Right fundraiser. - Provided

WELLS — The United South Central Education Foundation is gearing up for the organization’s The Price is Right fundraiser next weekend.

According to foundation member Lea Nowak, the activities at the school will begin at 5 p.m. April 22 with carnival games in the gym for children from kindergarten through sixth grade who are ineligible to play the main game on stage.

Dairy Queen, one of the sponsors of the event, will have a sundae bar available and there will be a number of other food vendors as well. This will includes concession stands, which will be run by USC paraprofessionals, and pie slices that will be sold by the Wells Area Backpack Program.

Before the show starts, participants can decide whether or not they would like an opportunity to come on stage or have their names entered into raffles of their own choosing.

Nowak noted they have a wide variety of items, including a meal for four made for the winner in their own home by Alan Hansen of Farmhand Kitchen.

At 7 p.m. the show will begin with Jon Melby, the voice of USC sports, filling in as the announcer; and Ike and Kristen Dulas standing in as the iconic Bob Barker, who has since been replaced by Drew Carey.

The USC fundraiser closely mimics the game show. Four contestants are called out of the audience to participate in the program. After hearing the call of “Come on down!” they race to the stage where they bid on an item. The person who bids closest to the amount of the item without going over gets to play a game on stage. Eight games are played in total, leading to winners spinning the wheel to see who will play for the final showcase.

While Nowak was mum on specifics, she noted that the grand prize involved overnight accommodations and entertainment. 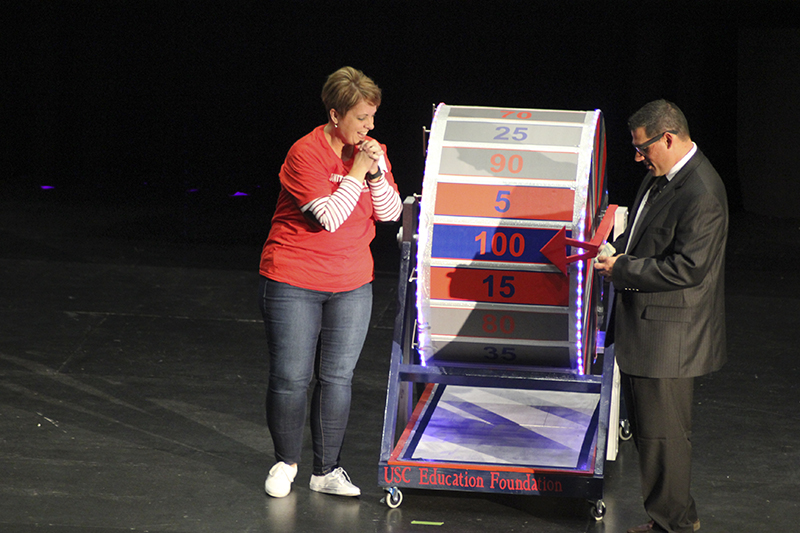 Without offering too many details, Nowak said they aim to keep prizes diverse so at least some aspect of the prizes will appeal to everyone.

In regards to other prizes, she noted sports lovers would definitely be pleased. They have received several prizes, such as tickets to Minnesota Twins, Vikings and Wild games.

In the education foundation’s second year in existence, Nowak said the group had two initial goals when it first formed — to become a tax-exempt organization and to put on a fundraiser. In the beginning she said The Price is Right was only going to be a quick weekend event to obtain seed money for a larger event. The concept grew much larger than the group anticipated and it quickly decided to have the event be its one and only fundraiser. Last year the event brought in over $20,000.

The proceeds from the fundraiser go toward helping the foundation complete its mission to enhance educational opportunities for all students in the USC school district.

“Now what that means is budgets are getting tighter and tighter and we don’t want that to affect the educational opportunities (given to students),” Nowak said.

The foundation reviews requests for funding from teachers every quarter that fall outside of the school’s budget. The funding requests list what the funding will be used for, how many students will benefit from those funds and exactly how granting the funds will benefit those students.

In addition to raising money during the fundraiser, Nowak hopes the foundation will come to the forefront of people’s minds when they are writing their wills or dispersing funds to charitable causes.

Tickets for The Price is Right are on sale and may be purchased from foundation members or State Bank of Easton, Farmers State Bank in Freeborn, First State Bank in Kiester, Farmers Trust and Savings in Bricelyn, Thrifty White Drug Store in Wells and the USC High School office in Wells.

Tickets purchased in advance are $10 and can be bought at the door for $15.