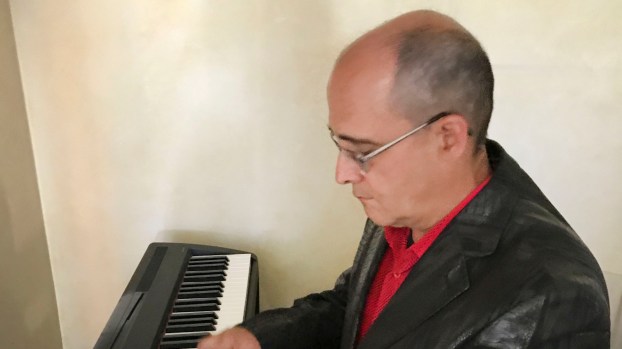 Blackduck native Randy Bauer (not in costume in the photo) will partner with local rock ’n’ roll legend Denny Charnecki and the D.C. Drifters for a Jerry Lee Lewis tribute on May 27 at the Marion Ross Performing Arts Center. - Provided

The boogie-woogie funk of “The Killer” will come to Albert Lea in a tribute show.

The Jerry Lee Lewis tribute show will be at 7:30 p.m. May 27 at the Marion Ross Performing Arts Center.

Charnecki called Bauer’s style of music “something between Nashville and Branson.”

Bauer, who plays the part of Lewis in the tribute show and has a piano that looks like Lewis’, started touring with a funk band called Macarthur Park out of high school. The band was from Washington, D.C.

Since then, Bauer has worked with names such as The Beach Boys, Three Dogs Night, Tommy Roe, Sha Na Na and Barbra Streisand. He played piano for The Shirelles and The Coasters and provided production and sound for national acts such as Gary Allen, Merle Haggard, Ronnie Milsap and Staind.

“(Bauer’s) got a piano that looks like Jerry Lee Lewis’ that he lights on fire at the end of the show,” Charnecki said. “He sounds just like (Lewis) and he kicks the stool back like him, too.”

Bauer plays piano and keyboards, accordion and has been known to pick up a wireless saxophone and “go wild” within the crowd.

“There are no surprises in music today,” Charnecki said. “Bauer is so unpredictable. His talent is uninhibited, real, wild, raw rock ’n’ roll. Not many people do this anymore.”

According to Charnecki, Bauer prefers to be close in proximity to the crowd he is playing for.

The show coming to the Marion Ross Performing Arts Center will feature classics from many genres. Charnecki — who works as a musician, promoter and producer for D.C. Music — has built the upcoming “Branson-style” show to honor some of rock and country music’s biggest names.

The Lewis tribute will encompass country, rock and nostalgia. Charnecki recommended the show to anyone who wants to be entertained or reminisce. Anyone would enjoy the show for the entertainment value, even if they did not know the music, Charnecki said.

“There is a night and day difference when people are in the seats,” Charnecki said about the atmosphere of the shows he has played and attended.

Denny Charnecki and the D.C. Drifters will be back at the Marion Ross Performing Arts Center on June 9 for an Eddie Cochran tribute. 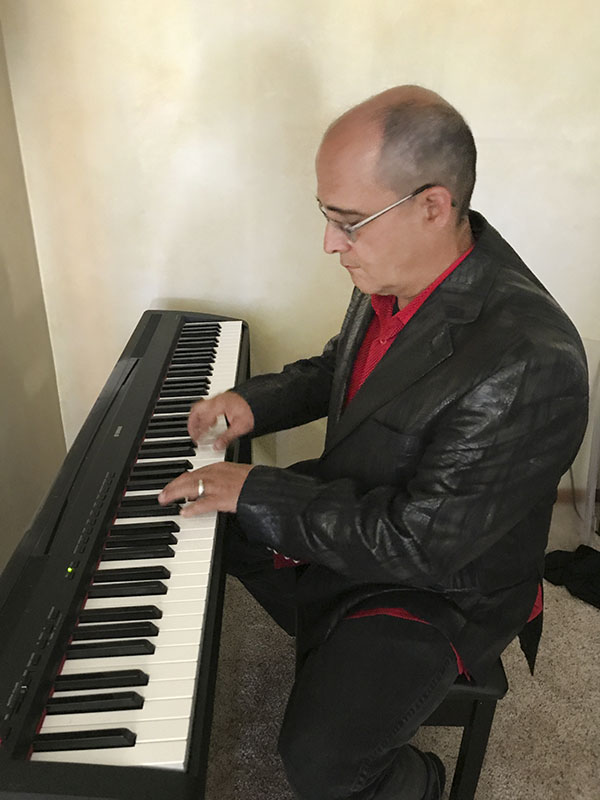 Blackduck native Randy Bauer (not in costume in the photo) will partner with local rock ’n’ roll legend Denny Charnecki and the D.C. Drifters for a Jerry Lee Lewis tribute on May 27 at the Marion Ross Performing Arts Center. – Provided