Al Batt: How far will bees go for food? How to tell a centipede, millipede? 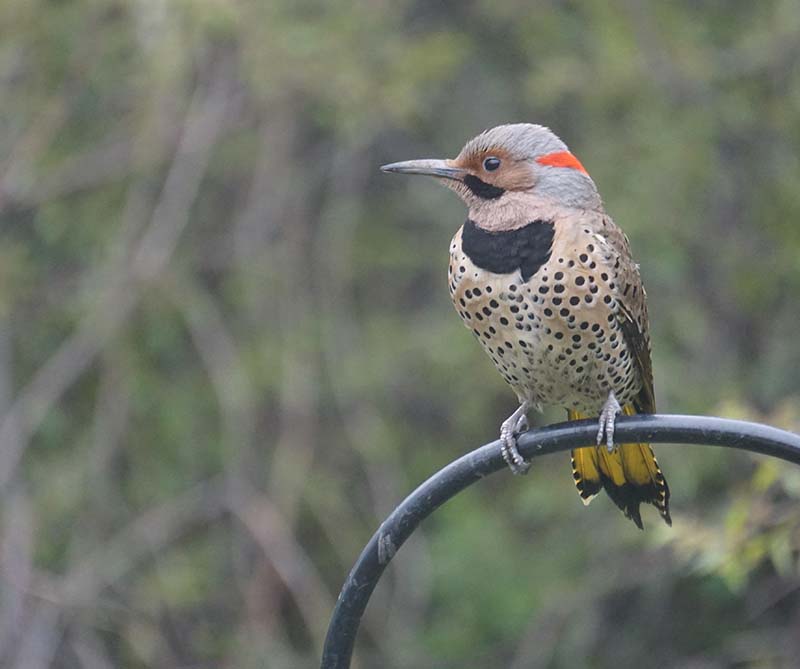 “Everything is nearly copacetic. I thought there were a lot of turtles crossing the road at the end of my driveway. It turned out that it was just one very slow turtle. Weasel fixed me breakfast this morning. When it comes to cooking, he’s as useless as the ‘g’ in lasagna. The muffins looked odd. I asked Weasel about them. He said they looked funny because they were cupcakes until he’d licked all the frosting off them. I have to give Weasel credit, he can set a table. Fork on the left of the plate, knife on the right, spoon next to the knife and a flyswatter next to the fork.”

The world awoke in birdsong.

A red-tailed hawk flew across a marsh. Squadrons of red-winged blackbirds mobbed the raptor. The blackbirds drive the hawk from one blackbird territory to another.

Wild ginger is a ground cover growing in our backyard. The green, heart-shaped leaves emerge in early spring from fleshy, underground rhizomes. Maroon flowers on short stems bloom below the leaves in April to June. The leaves last until late fall. The plant is pollinated by ants.

A northern flicker did a bit of his courting dance on a platform feeder. The performance was noisy and lively, with some comical dancing, nodding and bowing thrown in. The flicker moved to a suet feeder. It flew from that feeder and hit the window of the house hard. That was the bad news. The good news was that the suet feeder wasn’t far from the window, so the bird hadn’t reached high speed before hitting the glass. I picked him up from the ground. He was dazed and confused. He was likely the one declaring his territory by hammering on the vent on the roof of my house many times each day. I knew it was a male because he had a black mustache stripe. I placed him into a shoebox that my wife provided. It wasn’t long before I heard shuffling sounds coming from the cardboard recovery room. Then the bird’s bill popped out of a hole in the shoebox. I opened the box outside. There was a flash of tan and he flew long and landed high in a tree. As a boy, I called flickers high-holers because their nest cavities were sometimes high in trees. I was so happy to see him fly off and hoped his recovery was complete. His healing flight made my day.

Keith Radel of Faribault has 170 sites of bluebird nest boxes. He said there is no need for vent holes in the nest boxes in Minnesota. Keith stated that if he had to pick between a state park and a golf course for his bluebird trails, he’d take the golf course. He and the bluebirds like mowed grass. He added that the entrance hole doesn’t need to face any certain direction, but should face a tree. Bluebird fledglings can fly up to 300 feet when leaving the nest. Landing in a tree is safer for them than landing on the ground. He said that chickadees use moss and rabbit fur in their nests.

“How many young does a turkey vulture have?” This vulture lays one to three eggs, usually two. Turkey vultures don’t build nests. Their nests sites include caves, ledges, rock crevices, abandoned hawk or heron nests, thickets, abandoned buildings, fallen trees, hollow logs and mammal burrows. The eggs are incubated for 28-49 days and the nestling stage lasts 60-84 days. They have one brood per year.

“How far will honey bees go to find food?” Honey bees prefer foraging as close to the nest as possible. They nest where there is food in order to save time and energy. They will travel 1 to 2 miles with relative ease and can go as far as 6 miles, but long distances add stresses.

“To be interested in the changing seasons is a happier state of mind than to be hopelessly in love with spring.” — George Santayana