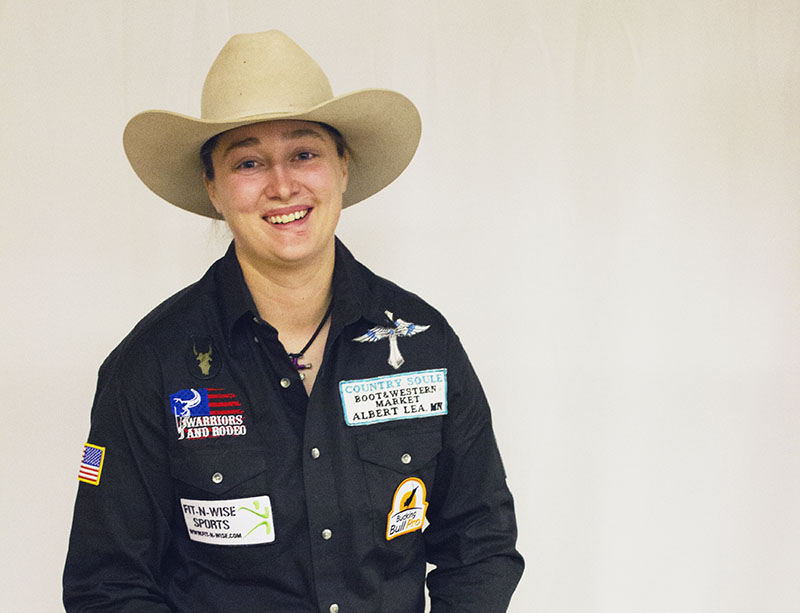 Katie Hallman, 24, of Alden is the only female bullfighter in the United States. Evelyn Seffinga/Albert Lea Tribune

Katie Hallman, 24, of Alden, didn’t let rejection curb her goal of becoming a bullfighter. She is the only female in her profession.

“I am a bullfighter — which they used to call it a radio clown but now that is split into two different jobs. So I protect the bull rider when they fall off. I am there to distract the bull for that split second so that cowboy can get away,” Hallman said. 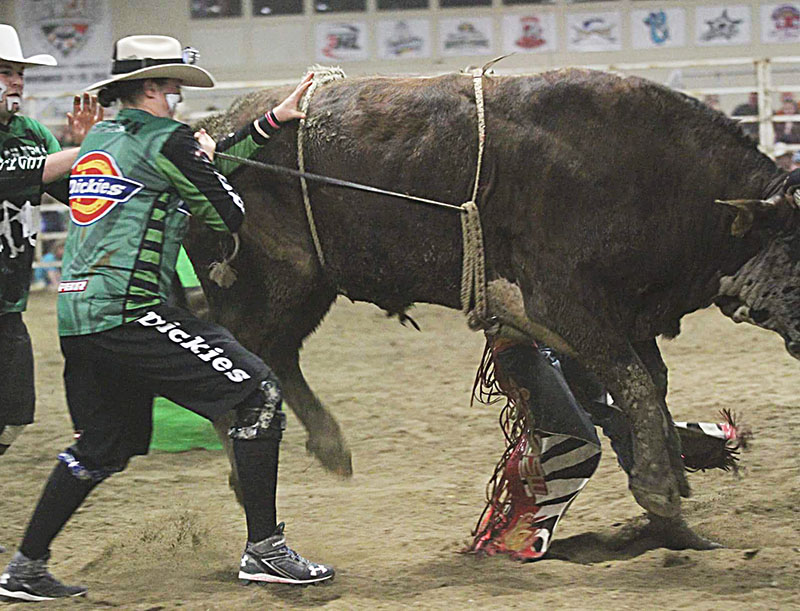 Bullfighter Katie Hallman of Alden distracts a bull to protect a bull rider after being thrown from the animal in Mason City. Provided

“It has taken me three years to get where I am and get the respect, and now I’ve got it and you know, it has opened up so many doors.”

Hallman, who is working on her bachelor’s degree in law enforcement from Waldorf University, said she wants to finish her degree in hopes of pursuing bullfighting as a full-time career.

“I was sitting on the couch one day, and I had just lost a job or whatever, and I was wondering what I want to do with my life and I am sitting there watching the PBR on TV and I’m like ‘Alright, I want to try that.’” Hallman said about her career switch.

Hallman started barrel racing horses and participating in 4-H events at a young age. She attributes her experience with rodeos and animals to her interest in bullfighting, she said. 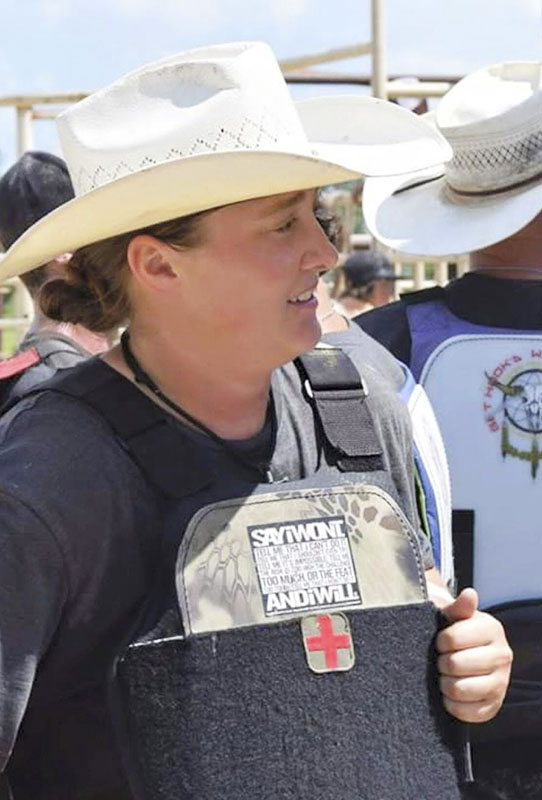 Bullfighter Katie Hallman of Alden says she is the only female bullfighter in the United States. Provided

No one believed Hallman when she said she wanted to start fighting bulls in the rodeo arena.

“I made countless phone calls and sent countless emails and only one man returned that,” Hallman said.

The man who gave her a chance is now her mentor, Merlin Clock.

“Everyone in my family is still kind of skeptical,” she said about her start as a bullfighter. “It is a lot different than what people think.

“The first practice I showed up, it was April 1, and my mom thought it was an April Fools joke that I was going to go do this. Come after school, I was packing up to leave and she goes, ‘you’re not kidding?’ This is real life, this is happening.”

Being a middle child and the only girl in her family, Hallman said she felt like she had something to prove.

“There is always that competition, and I think just having brothers kind of egged it on,” she said.

She said she started practicing bullfighting with steers and little calves so she could get the nerve worked out and get comfortable in the arena with the animals.

“I have been hooked ever since,” Hallman said. “It is a big adrenaline rush.”

The men she works with are supportive of her goals and have her back, she said. Both the bull riders and the other bullfighters trust her with even the most aggressive bulls.

“It is kind of nice that I have gotten that respect from them,” she said.

“I will never get on one, but I’d step in front of one,” Hallman said about the idea of riding a bull instead of fighting a bull. “With bull riding, you are tied on to (the bull) and there is that chance that you can hang up. And that is when I would come in and get you loose.”

Injuries come with the territory, and she said she has suffered a split lower lip, a broken arm and multiple broken ribs over the past few years.

“When those injuries occur, you need to take the time to recover and come back 100 percent. It is like any other sport, like football, you never know,” Hallman said.

She encouraged the community to have fun and enjoy life while following their passions.

She dedicated her season to her grandmother, Cheri Potter; Clock; and Doug Johnson of Alden, who died last October from cancer.

To see videos of Hallman’s work, find her on Facebook, Katie Hallman Female Bullfighter or on Instagram @hallmankatie